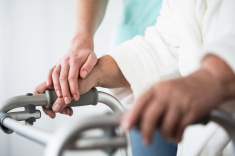 The world's largest primary care pay-for-performance programme, designed to improve patient health care and outcomes, has failed to save additional lives according to joint research by the Universities of York, Manchester and Michigan.

In 2004, the Quality and Outcomes Framework (QOF) was introduced across general practices in the UK. It increased GP income by up to 25 percent, dependent on performance on over 100 quality of care indicators. In its first seven years the scheme cost the NHS £5.86 billion.

An analysis of the QOF, published in The Lancet, shows modest reductions in deaths, but no statistically significant declines in mortality rates for the chronic conditions targeted by the programme, including cancer, diabetes and heart disease.

The first study to look at mortality rates in a cross-national study comparing countries that have implemented the program with those that have not, researchers conducted a population-level evaluation of mortality statistics from 1994 to 2010.

Analysing 27 high-income countries that had not been exposed to pay-for-performance, researchers found that under QOF, the mortality rate in the UK improved by less than four deaths per 100,000 people, depending on the condition. This is not a statistically significant improvement.

For chronic conditions not targeted by the programme, the mortality rate actually increased by approximately 12 deaths out of 100,000.

Tim Doran, Professor of Health Policy in York’s Department of Health Sciences, said: “Previous studies have shown that financial incentives paid to providers can lead to modest improvements in patient care, but the effects on patient outcomes have been variable, and in some cases care has suffered.

“These research results raise questions about the cost-effectiveness of pay-for-performance in healthcare, and about the best way to improve population health and life expectancy.”

Dr Andy Ryan, Associate Professor in the School of Public Health at the University of Michigan and lead author of the study, said: "The pay-for-performance programme is large and not only paid well but had quality indicators covering lots of disease areas. Our thought was if there was a programme that would make improvements on population health, this was likely to be the one.

“However, the outcome of this study is an indicator of how effective pay-for-performance is at improving patient outcomes."

Somewhat different versions of the QOF have been used in England, Scotland, Northern Ireland and Wales. In October, Scotland announced it would no longer participate in the program, and was looking at a different model for care.

Why doctors should not be paid by results - The Conversation

Long-term evidence for the effect of pay-for-performance in primary care on mortality in the UK: a population study is published in The Lancet

For further information about the University of Manchester, visit: www.manchester.ac.uk

For more information about the School of Public Health at the University of Michigan, visit