I am now an Honorary Fellow of the History Department and the Centre for Eighteenth Century Studies, after teaching at the University of York for many years.

I have worked on the history of the Enlightenment, especially in Scotland, and on the history of western feminism in the eighteenth and nineteenth centuries. From 2005 to 2008 I was closely involved with the AHRC-funded research project based at the Centre for Eighteenth Century Studies, ‘Nations, Borders and Identities: the Revolutionary and Napoleonic Wars in European Experience’, and have jointly edited three volumes arising from the conferences associated with the project. At the same time I continue to be particularly interested in women’s activities and writing in late eighteenth- and early nineteenth-century Britain, and particularly Scotland. I plan to bring together previous articles with new work in a future study of the gender politics and legacies of the Enlightenment in Scotland.

Although as a retired member of staff, I am not involved in the supervision of research degrees, I would be very happy to meet and talk with anyone working in areas of common interest.

I am an active member of the Women's History Network and Women’s History Scotland, and a Fellow of the Royal Historical Society. 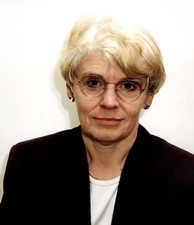