Professor John Barrell has published widely on the literature, history and art of the eighteenth and early nineteenth centuries in Britain, focusing on language, landscape, law, empire, theories of society and progress, and the theory of painting. Most recently, with Tim Whelan of Georgia Southern University he has co-edited The Complete Writings of William Fox (Trent Editions, 2011) and his book Edward Pugh of Ruthin 1763-1813 (University of Wales Press, 2013).

Professor Barrell has supervised doctoral dissertations on the following subjects:

Books by John Barrell include: 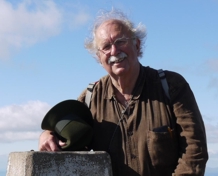