Jelena joined the Centre for Applied Human Rights in January 2020. She works part-time and is the Research Administrator for the "Generating Respect for Humanitarian Norms: The Influence of Religious Leaders on Parties to Armed Conflict" project. The project focuses on the role that religious leaders (can) play in influencing state and non-state armed actors to internalise humanitarian norms with the ultimate aim of enhancing the protection of members of communities affected by armed conflict.

Jelena has a BSc in Geology from the University of King’s College and a Postgraduate Diploma in Training and Performance Management from the University of Leicester. She has lived and worked in Canada, Croatia, Italy, Bosnia, Angola, East Timor, Australia and Kosovo. She was recently employed as a research administrator supporting an Erasmus Mundus 3-year research project entitled 'Enhancing Studies and Practice of the Social Economy and Social Capital in Higher Education' aimed at informing higher education curriculum design about the 'social economy' (e.g. social enterprises, co-operatives, mutuals, fair trade companies). 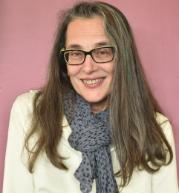