Systematic Police Brutality and Killings: an update from Kenya

In a report from Kenya, Gacheke Gachihi asks if the state is fighting Covid-19 or the poor? He writes that since the curfew was enforced across the country the police continue to systematically brutalise and terrorise people living in informal settlements. Introducing a film on state violence and Covid-19 in Kenya, Gacheke argues the poor must demand the right to healthcare, water and livelihood enshrined in the country’s constitution. 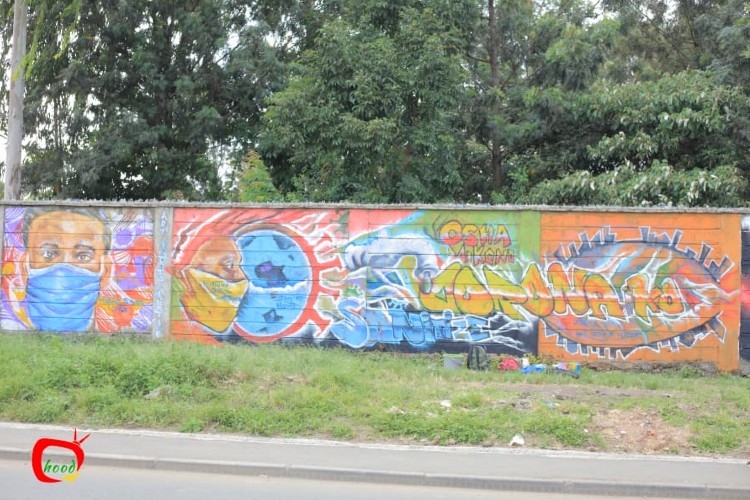 It is one month since the first case of Covid-19 was reported in Kenya, and we have seen police brutality and killings in a massive social crisis as the government enforce a curfew from 7pm – 5am countywide to curb the spread of coronavirus. The government has imposed a partial lock-down in the major cities of Nairobi, Mombasa and Kilifi.

Social crisis, economic hardship and brutality are the hallmarks of the Covid-19 response by the Kenyan government. Ordinary people are struggling to cope with the repressive measures which are inherently violent, disorganised, and dehumanising as the state tries to curb the spread of infections from the developed world. Yet, with limited resources and a corrupt and illegitimate state, the challenges are enormous.

For decades the Kenyan government has neglected basics services for ordinary people especially in the informal settlements and rural peasants’ areas where 70 percent of the population lives without water, housing, education and healthcare services.  The crisis of neoliberal capitalism that has commodified and privatised basic services is at the heart of the disaster confronting Kenyan society. As a result of this alarming situation Kenya lacks the resources to provide healthcare for 47 millions Kenya during the Covid-19 crisis.

The Minister of Health, Mutahi Kagwe, announced today (14 April) numerous coronavirus cases in different counties in Kenya, totalling 208 positive coronavirus cases detected with eight related deaths, and more than 2000 peoples being held in strict quarantine, as more tracing and testing continues. As elsewhere in the world, it is front-line health workers who make-up part of the casualty figures of this global health crisis across the country.

The police continue with systematic extortion and killings, last week, for example, two young people from an informal settlement in Nairobi were killed by the police. The police claim to be enforcing the curfew, yet the poor are being picked off and murdered. Yassin Moyo, a 13 years old pupil from Valley Bridge primary school, from Mathare Kiamaiko Village was shot  by the police while he was standing on the balcony of his family’s small dwelling in Kiamaiko. Another case saw John Muuo Muli, a car washer in Ruai, who was beaten by the police last Friday and left for dead, initially his brother could not take him to hospital for the fear of further police harassment, and instead stayed with him until the morning. Only then, hours after being almost beaten to death, was he taken to Mama Lucy hospital. John succumbed to his injuries and died, making 12 cases of police killings in the country since the curfew started two weeks ago – a larger number than the official tally of the victims of the virus across Kenya.

Members of the Social Justice Centre Working Group and the network of community health workers provide solidarity for the families of those killed and demand the government take responsibility as we continue to document and expose police violence and extortion in the informal settlement.  The cases of the police using force to impose the curfew and intimidate citizens by instilling fear are escalating by the day. At the same time, people are demanding the right to healthcare, water and livelihood as the government impose and enforce a strict and punitive curfew with total disregard to the basics needs of most citizens.

As social justice movement activists we have not given up hope in this crisis as we know that this is a struggle for dignity and justice. We also know that the impact of the coronavirus epidemic in Kenya will overwhelmingly affect the poor, so it is imperative that we continue our work of solidarity and fundraising to support the community with small packages of ‘livelihood goods’ from collective solidarity funds. Yet we must also continue to conduct campaigns to demand water and sanitation in the informal settlements where we have 16 Social Justice Centres.

We have recently made a video documentary addressed to the Kenyan President from all our Social Justice Centres on Covid-19, police killings and the urgent need for water and sanitation.

Please watch and share the documentary. We demand the President obey the constitution and fulfil our constitutional rights of social justice based on article 43, and the right to food, water for all, healthcare for all, education and housing for all.

Our Arts for Social Justice Campaign has been conducting public education using art and graffiti as part of political and public education on Covid-19, and our efforts to build a social justice movement among the young. We continued to monitor human rights violations by the state and demand access to water and sanitation in Kenya.