Matthew Evans, who did both his MA and PhD at the Centre for Applied Human Rights, recently published an article based on his doctoral work in the Journal of Human Rights. 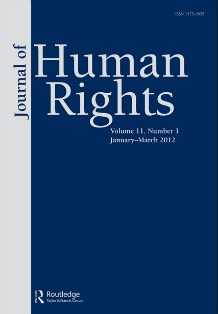 Focusing on land inequalities in post-apartheid South Africa, the article critiques existing models of transitional justice for their narrow focus on legal and quasi-legal remedies for civil and political rights violations.  The article titled "Structural violence, socioeconomic rights and transformative justice" can be downloaded online.

Since completing his PhD in 2013, Matthew has been a Postdoctoral Research Fellow in the Department of Political Studies at the University of the Witwatersrand, South Africa. He is currently conducting new fieldwork in and around Johannesburg that looks at South African advocacy networks and their roles in the promotion of transformative justice.