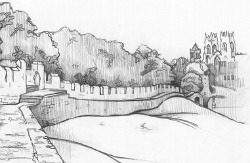 The York Human Rights City Network, in which CAHR has played a leading role, includes York City Council, the development NGO International Service, North Yorkshire Police and other local actors. It has received continued funding of £65,000 from the Joseph Rowntree Charitable Trust and the Joseph Rowntree Foundation. Over the next three years, a regular programme of training, events and festivals in York will highlight human rights issues both locally and globally.

The Network provides important opportunities for CAHR staff and students. For example, MA and LLM students will take part in developing a set of city-based indicators to allow cities to measure human rights progress and give content to the ‘human rights city’ label, and organise an annual human rights film festival.

Professor Paul Gready from CAHR, University of York, says: "Using the city as a platform for securing human rights is an exciting and under-explored strategy.  The York Network will be promoting human rights as a set of shared values which underpin our efforts to make York a vibrant, diverse, fair and safe city, and provide us with the language to link with other communities and cities in Europe and beyond."