Helen completed a BA in Ancient History and Archaeology, and MA in Landscape Archaeology and Geomatics, at the University of Birmingham. She then went on to work as a research assistant at The British School at Rome for two years, before returning to Birmingham to complete her PhD. Following this, she worked as a research associate, and then Distance Learning Manager at Birmingham.

Prior to coming to York she worked in both the Geography and Archaeology departments at Memorial University of Newfoundland, Canada, where she supported various projects, and supervised the Marine Geomatics Lab. She has been working in York since 2010, contributing to numerous research projects and field schools.

In York, Helen teaches fieldwork and computing on a number of undergraduate and postgraduate courses, in particular the Departmental Field school. Her interests are in the disciplines of landscape archaeology, geophysical survey and computing applications in archaeology.

She is module coordinator for the postgraduate modules: Landscape and Earthworks Survey, Geophysical Survey, Geographical Information Systems, and Spatial Analysis in GIS. She also coordinates the undergraduate Practical Skills module in Archaeological Field Survey. She provides general project and research support to staff, postgraduates and undergraduate research projects. She also acts as the Departmental Health and Safety Advisor for Fieldwork.

My research interests lie in the application of computer modelling techniques to ancient landscapes. These include agronomic and climatic modelling and spatial analysis, as well as geophysics and survey.

I completed my doctoral research in 2007, which investigated the modelling of Roman agricultural landscapes in the Tiber Valley of Central Italy, as part of the wider collaborative Tiber Valley Project run by the British School at Rome. I have also carried out similar landscape-based research for Birmingham University’s Wroxeter Hinterland Project, as well as for the ESF funded Medieval Logistics: Movement, Demography and Warfare project. I worked as Project Geomatics manager for the Cyrene Archaeological Project from 2006-2009, mapping the UNESCO World Heritage site of Cyrene in Libya.

From 2011-2018 I was co-director of the Lochbrow Landscape Project, investigating the context of a prehistoric ceremonial complex in Dumfries and Galloway using geophysical and remote sensing techniques.

I have been leading a geophysical and earthwork survey since 2012, contextualising the landscape and monuments surrounding Malton Priory.

Other current projects include Heslington East, and Walmgate Stray in York, Breary Banks Field Project,  the Torpel Manor Project, and the Sicily in Transition project.

I currently co-direct the undergraduate field school at the Roman fort Malton, where I focus on the non-invasive capture of earthwork and geophysical data, as well as managing the survey for the undergraduate excavation.

The Lochbrow Landscape Project has been supported in 2012 and 2013 by two grants from the Society of Antiquaries, London. 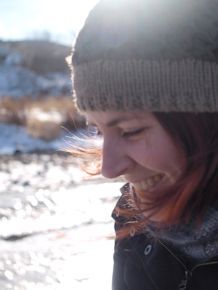