Wes joined the Department of Sociology at the University of York in 2013. Prior to this, he worked in the School of Arts and Humanities at Nottingham Trent University and the School of Social Sciences at Cardiff University.

Wes did his first degree in Media and Cultural Studies at Lancaster University (2005), where he developed an interest in interdisciplinary approach to Sociology and Cultural Studies. He then moved to the University of Birmingham to complete a MA in International Studies - International Political Economy (2006), followed by a PhD in Sociology (2010), where he developed his research in the studies of men and masculinities, family and intimacy, age and generation in relation to changing family relations in light of migration.

Wes has an ongoing research interest in the sociological studies of gender, men and masculinities, and food.

A central theme of his research is to highlight the importance of culture in understanding identity formation in the context of changing work and family life as a result of migration in China.  Through engagement with traditional cultural values in relation to the family, such as filial piety, Confucian father-son relations, guanxi networks, and mianzi (face), as important resources for migrant men’s identity formation, his research critically deploys western analytical frameworks, such as ‘Bourdieusian class analysis’, to address the intersection of different forms of power. His work argues for the need to hold onto the productive tension between materialist and post-structuralist accounts of these men’s migrating experiences.

His research aims to break new ground in exploring a greater understanding of global men from a Chinese perspective through the study of Chinese internal and transnational male migrants. From an international perspective, his research develops a theoretical discussion of ‘tradition’ and ‘modernity’, particularly regarding issues of self, intimacy and individualization within a late modernity framework.

Wes is currently studying the role of food in older adults' everyday life. Through the lens of ‘yang sheng’ (养生 life nurturing), his study aims to tease out the historical, social and cultural meanings within the older adults’ food practices and the meanings of 'care' that are beyond individual choices in relation to health.

Wes has developed research collaboeration with the Marks and Spencer Company Archive on a number of research projects in relation to food, care and everyday life. Their recent proejct - 'In-Touch with Food: an inter-generational approach to the narratives of food, culture and everyday life', was funded by the Culture and Communication priming funds. 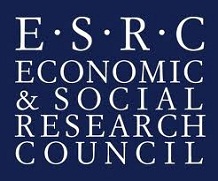 Wes' current project (with Professor Sarah Nettlton) is entitled - 'The Role of Food in Older Adults’ Everyday Life: A Collaborative Initiative with Marks & Spencer'. The proejct is funded by the ESRC IAA/Business Boost Grant. The project aims to understand the meanings of older adults’ everyday practices in relation to food consumption in light of changing families and personal relations.