Victoria completed her undergraduate degree and PhD in Sociology at the University of York in 2002 and 2006 respectively. Her PhD, entitled “Doing Politically Engaged Conversation Analysis with Talk by Lesbian and Gay Men: Categories, Person Reference, and Heteronormativity in Action”, was supervised by Prof. Celia Kitzinger. Next she completed a two year research project at the University of Surrey in partnership with BT analysing the continuation of communication across different media over time.

Since then, Victoria has contributed on an ad hoc basis to projects at the University of York and the University of Southampton but her main activities have been at the University of Nottingham where she has conducted two systematic reviews. The first reviewed conversation analytic and discourse analytic research pertaining to how practitioners communicate with patients about difficult and uncertain future issues, focusing particularly on future illness progression and end of life. The second focused on communication practices that encourage and constrain shared decision-making in health- care encounters yielded by conversation analytic studies, focusing on whether and how practices encourage participation by patients and others.

Subsequently, Victoria continued at the University of Nottingham researching decision-making in end of life care. Using the perspectives and methods of CA, her research analysed audio-visual recordings of hospice consultations with a focus on how decisions and plans are made, challenged and revised to contribute towards giving patients a better end of life experience.

Currently, Victoria is a co-applicant on a project that uses conversation analysis to understand how decisions are made during labour and childbirth (see ‘Research’ section). This study is being conducted by an interdisciplinary team between University of York (Department of Sociology), Sheffield Teaching Hospitals NHS Foundation Trust, and Calderdale and Huddersfield NHS Foundation trust.

Most recently Victoria’s research has focused on decision-making in healthcare interactions with a particular focus on palliative care and childbirth:

Voices in Partnership: Interactional practices of decision-making during childbirth in maternity units

This study seeks to video record (or audio record) 50 births in birth units at two sites (Halifax and Sheffield). This data will be analysed using conversation analysis and supported by antenatal and postnatal questionnaires relating to participants expectations and experience of giving birth and interviews with midwives and obstetricians at each site. The study intends to generate detailed information about talk during labour and childbirth to inform and empower staff, people giving birth and their birth partners to communicate in ways that promote choice. This project is funded by the National Institute of Health Research (NIHR).

This project used conversation analysis to examine 37 interactions between palliative medicine doctors and inpatients and outpatients (and their companions if present) in an English hospice with a focus on decision-making, empathy, and pain management. Stage one of the project was funded by the Research Development Fund of the University of Nottingham Centre for Advanced Studies and Sue Ryder Centre for Supportive, Palliative and End of Life Care and stage two was funded by The Heath Foundation Insight Award. 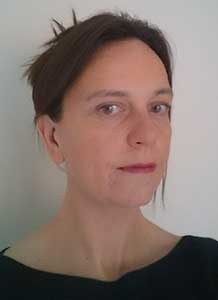