Visit Sharon Macdonald's profile on the York Research Database to:

I joined the University of York as Anniversary Professor of Cultural Anthropology in September 2012, having previously held Professorships at the Universities of Manchester and Sheffield. As well as Anthropology, my interests include Museology, Cultural Heritage and Memory Studies, and Cultural Sociology. My enjoyment of working across disciplines was fostered by my undergraduate degree in Human Sciences – a mix of Social and Natural Sciences – at Oxford; and this is also the basis of my longstanding interest in cultural dimensions of science. I have carried out anthropological fieldwork in Scotland, England, Germany and China. My work has been translated into Bulgarian, Chinese, French, German, Greek, Italian, Polish, Portuguese and Spanish.

I am now an Honorary Professor at York, having been based since 2015 in the Institute of European Ethnology at the Humboldt University of Berlin, where I hold an Alexander von Humboldt Professorship as Professor of Social Anthropology (with special emphasis on cultural heritage and museum studies) and direct CARMAH – the Centre for Anthropological Research on Museums and Heritage.

I also work with museums and heritage organisations. My current formal roles include as a member of the Advisory Board of the Berlin Exhibition in the Humboldt Forum and as a member of the Advisory Committee of the House of European History in Brussels. I am an elected Fellow of the Royal Historical Society and of the Royal Anthropological Institute.

My research examines ongoing social and cultural changes. Mostly, I do this by coupling a specific focus - based on ethnographic fieldwork - with analysis of more widespread developments. By doing so, I seek to find out what is going on in the detail of practice, including the reflections of those I am researching. I draw on this to challenge or refine the assumptions of existing theorising.

These concerns and approaches have been reflected in a range of different research projects over the years. Though as an anthropologist, I often return to earlier themes and research areas.

I am no longer taking on any new PhD supervision. 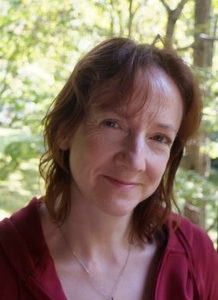