After graduating in Social Studies from the University of Newcastle in 1982, I spent some time unemployed before getting a Manpower Services Commission (as it then was) funded post as a 'researcher' at Wordsworth's Dove Cottage in the Lake District - the area in which I had spent the first eighteen years of my life.

I next gained employment as a research officer in the Directorate of Housing in Tower Hamlets in the East End of  London. From there I secured a three-year research contract at King’s College School of Medicine and Dentistry, based in Camberwell in South London. I worked at King’s for three years on a sociological study of dentistry, for which I also gained a PhD.

I then had spells of unemployment, some contract research work and part-time tutoring at various London colleges and medical schools until I was appointed to a temporary lecturing post at the University of Surrey in 1989. In 1990 I returned to Newcastle to take up a permanent lectureship at the Polytechnic (as it then was). I joined the Department of Social Policy and Social Work at York in 1993. In October 2006 I transferred to the Department of Sociology at York.

Sarah Nettleton is a medical sociologist with a broad range of research interests. She has undertaken research into topics such as: health promotion; medically unexplained symptoms; lay people's use of e-health resources; food allergies; the working lives of medical doctors; running; and recovering heroin users. Her particular interests are in the sociology of the body and developing an embodied sociology.

My research interests are broad but I would be particularly keen to supervise PhDs students who employ qualitative methods to study areas within: 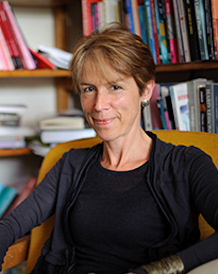