From 2001-2 he was a Visiting Fellow in the Koestler Parapsychology Unit at the University of Edinburgh, and took up his post at York in October 2002.

Robin has long standing interests in the way in which anomalous or exceptional experiences are mediated through language and social interaction. He is the Director of the Anomalous Experiences Research Unit, which specialises in social scientific analysis of the characteristics and contexts of e xperiences that suggest anomalous psychological processes and agencies, and exceptional states of consciousness.

In his current research, he is examining the role of language in parapsychological experiments. He also has interests in the organisation of factual discourse, language and identity and the relationship between conversation analysis and discursive psychology. While is happy to supervise students working in any of these areas, he is particularly keen to encourage applications from students whose interests overlap with the goals of AERU. 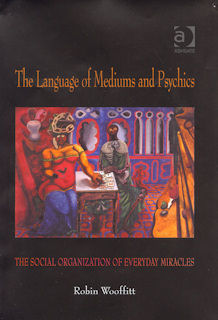