The first person in my family to go to university, I grew up on a post-war council estate in the South of England. My dad was a factory worker and my mum stayed at home to raise her children, tend the home, and look after her sister who had learning disabilities. At age 16, rather than find work in the local Siemens factory which my dad thought would be a smart move, I went to Further Education College and found myself studying Sociology, Economics and English Literature. Everything changed after that. I applied to the University of Essex to do an undergraduate degree in English and European Literature; there I was lucky to be taught by some amazing people who inspired me to pursue an academic career.

After completing a Master’s in Critical and Cultural Studies at Essex, I successfully gained an ESRC PhD studentship to undertake doctoral research with Professors Sarah Franklin and Maureen McNeil in the Department of Sociology at Lancaster University. I then took up a post-doc post in SATSU (Science and Technology Studies Unit) at University of York. When this research finished, I moved to the Institute for Science and Society (ISS) at the University of Nottingham.

Beyond my roles in the Department of Sociology and SATSU, I am also the co-editor of the Taylor and Francis journal New Genetics and Society.

My research interests are in Science and Technology Studies (STS) and the Sociology of the Future. I focus on how collectively shared imaginaries of possible futures are produced, resisted and contested through social and cultural practices. I was a co-investigator on the ESRC funded ‘Austerity Futures’ project (2012-2014), a key output from which was a special issue that I co-edited with Dr Rebecca Coleman (Goldsmiths) for The Sociological Review called ‘Futures in Question’ (2016). Currently, I am studying the role of Silicon Valley entrepreneurs in articulating visions for the future of humanity and the Earth, which purport to offer solutions to the environmental problems caused by global capitalism. My current monograph in preparation critically examines contemporary notions of ‘futurelessness’ and explores the contribution of sociology to enhancing the possibilities for achievable alternative futures. A primary focus of this book will be on debates about climate change futures and the Anthropocene.

My current project focuses on how Silicon Valley entrepreneurs, who have made their fortunes from digital technologies are now investing in improving human spaceflight capabilities, and how this will enable a new phase of human development. Figures such as Elon Musk and Jeff Bezos are constructing visions of a future in which human beings inhabiting other planets in the solar system is presented as a matter of progress and the way to make the world a better place. However, this prospective future is also under threat from possible future catastrophes from which, it is claimed, humanity’s expansion into outer space could offer some mitigation. I investigate this interplay of optimistic and pessimistic registers in which what I call ‘multiplanetary imaginaries’ are articulated.

Michael Morrison (PhD) (2004-2008) ‘Beyond Therapy? The Use and Governance of Human Growth Hormone as a Biological Enhancement Technology’ (co-supervised with Professor Paul Martin, University of Nottingham).

Tutton, R. (2014) Genomics and the Reimagining of Personalized Medicine (Ashgate: London and Burlington)

Tutton, R and O. Corrigan (eds) (2004) Genetic Databases: Socio-Ethical Issues in the Collection and Use of DNA (London: Routledge) [104] 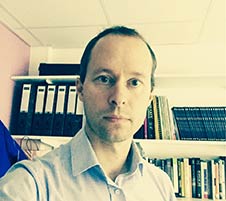