Katy Sian is a Senior Lecturer in Sociology, she joined the department in 2015. Katy completed her PhD in 2009 at the University of Leeds in the School of Sociology and Social Policy. From 2010-2012 she worked on the TOLERACE project (FP7) as a post-doctoral researcher at the Centre for Ethnicity and Racism Studies (CERS) University of Leeds, exploring the semantics of tolerance and anti-racism across Europe.

Katy moved to the University of Manchester in 2012 where she held a lecturing position in Sociology before taking up a Hallsworth Research Fellowship in 2013, exploring Sikh and Muslim conflict in the global Sikh diaspora. She has held visiting research posts at the University of California Humanities Research Institute (UCHRI); the Centre for Studies in Religion and Society (CSRS) at the University of Victoria, Canada; and at the Centro de Estudos Sociais (CES) University of Coimbra, Portugal.

The main thrust of her scholarship is focused on critical race theory, post/decoloniality and anti-foundationalism. Her work contributes to broadening understandings of the political through an examination of the interconnections between racism, Islamophobia and colonialism.

Katy is active in the community around anti-racism issues and her research continues to involve her within conversations across third sector and interfaith organizations.

My research interests fall broadly within the following areas, in which I would also welcome PhD applications:

'Being Black in a White World: Understanding Racism in British universities' International Journal on Collective Identity Research, Vol. 176, No. 2, 1-26, Oct 2017

‘The Politics of Sikh Islamophobia’ in Behloul, S., Leuenberger, S., and Tunger Zanetti, A. eds. (2013) Debating Islam: Negotiating Religion, Europe, and the Self, Transcript Publishers: Bielefeld

‘Framing racism and intolerance: public issues and denunciations: The Media and Muslims in the UK’ TOLERACE: CERS, University of Leeds (2011) = with S. Sayyid and I. Law

‘Debates on Difference and Integration in Education: Monitoring Extremism in the UK, Muslims in school’ TOLERACE: CERS, University of Leeds (2011) = with S. Sayyid and I. Law

‘The Geography of (anti-)Racism and Tolerance: Local Policy Responses, Discrimination and Employment: Muslims and employment in the UK’, TOLERACE: CERS, University of Leeds (2011) = with S. Sayyid and I. Law

‘The Price of Inequality: Black Manifesto’, A Report by The 1990 Trust in conjunction with Equanomics and ROOTS Research Centre: London (2009) = with NGO contributors, policy think tanks and anti-racist organizations

‘Institutional Racism and ‘Post-Racial’ Politics in the UK’, A report by Equanomics UK in conjunction with The 1990 Trust and ROOTS Research Centre: London (2009) = with Chouhan, K 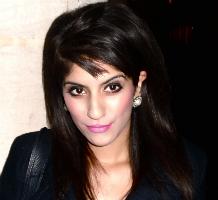