Visit Andrew Webster's profile on the York Research Database to:

• BSc (Polytechnic of the South Bank)

Professor Andrew Webster has been Professor in the Sociology of Science and Technology at York since 1999. He was also the Director of the Science and Technology Studies Unit at York which he established originally at Anglia Ruskin University in 1988. He has held a visiting fellowships at ANU, Sydney and Gothenburg universities.

He was Head of the Department of Sociology at York between 2004-9 and then Dean of Social Sciences and member of the University's Senior Management Group until 2013.He has directed national research programmes for the ESRC and MRC in the fields of emerging health technologies and stem cells, and held major grants from UK research councils and the European Commission.

He was elected Fellow of the Academy of Social Science in 2007.

Andrew serves on a number of editorial and scientific advisory boards as well as national policy committees including the UK Stem Cell Bank Steering Committee, the Regenerative Medicine Expert Group Sub-committee, and the Scientific Advisory Committee, Pharmacy Research UK, as well as member of various UK and international academic bodies including, the BSA, EASST, and the Dutch WTMC's International Scientific Board.

My main research interests relate to the sociology of science and technology, and in particular the development and implications of emergent technologies in the biosciences and biomedicine, including regenerative medicine, stem cells, gene therapy and pharmacogenetics. Other research interests relate to science policy, innovation, regulation and the evaluation of new health technologies. I am also Co-Chair (with Robin Williams, University of Edinburgh) of AsSIST-UK.

Current work is focused on stem cells and regenerative medicine having completed as co-ordinator an EC-funded project (REMEDiE), and more recently the REGenableMED project (2014-17). This developed the model of ‘institutional readiness’, now being used by a number of NHS Trusts to help them prepare the ground for disruptive and complex therapies. I am Co-I on an ESRC project exploring the experimental space of gene therapy/editing and related areas and on a Leverhulme funded project examining the governance of complex biomedical technologies.

I am also a partner in the Navigating Knowledge Landscapes international network, and attached to a major 7-year project on responsible health innovation led by Pascale Lehoux in Montreal.

I Chaired a European COST Action on ‘Bio-objects’ and their governance with members from 23 countries. 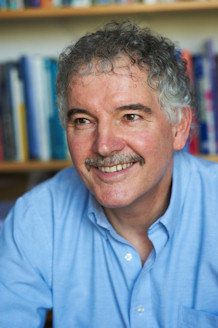