After graduating with a BA in Social and Political Sciences, Amanda turned to the civil service, working for the Welsh Office while John Redwood was in charge. This was ... interesting. Even more interesting, however, was attending Harvard University on a Henry Fellowship - because it was there that she realised that a) the history of science was an actual academic discipline, and b) that it was what she wanted to spend the rest of her life studying.

Supported by a British Academy studentship, Amanda returned to Cambridge to take her PhD in the History and Philosophy of Science, and shortly thereafter, a position at York. She has since published widely on the history of the field sciences, on the history and sociology of the relationship between humans and other animals, and on the history of prehistory.

Most recently, she has turned her attention to the history of the future. Mildly obsessed by science fiction from an early age, she still can't quite believe she is lucky enough to get paid to read stories and write about them. "

Amanda is especially interested in supervising doctoral students in any of the following research areas:

The sociology of the human/animal relation

The public presentation of scientific knowledge

The history of ‘natural history’

Representations of science in fiction 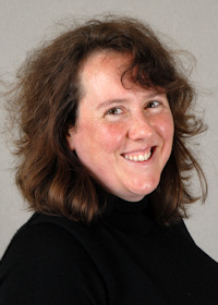