Daniel Vorbach has more than 10 years of experience in management and advisory roles in international development agencies in the Pacific, South Asia and Australia. Prior to joining the Stockholm Environment Institute, Daniel was Program Director at Oxfam in Vanuatu, responsible for Oxfam’s Resilience, Humanitarian, Gender and Governance programs. As Program Manager for the Vanuatu Climate Change Adaptation Program Daniel coordinated a consortium comprised of Oxfam, CARE, Red Cross and Save the Children supporting communities across Vanuatu to increase their resilience.

Daniel works on the integrated Participatory Technology Development (iPTD) project, dividing his time between Vanuatu and York. The project brings together Vanuatu communities and scientists to co-develop locally appropriate water testing technology and related institutions. It is implemented in partnership with Oxfam in Vanuatu, Wan Smolbag Theatre and a team of researchers from the University of York departments of Electronic Engineering, Biology, Physics, Health Sciences and the Stockholm Environment Institute. Daniel is responsible for running the participatory action research component of the project in Vanuatu and publish findings based on critical analysis of the approach. 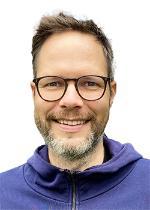