Teaches on the interdisciplinary module The Democratic Economy

How powerful is government? At election time politicians make huge claims about what their party will do if elected, but is our world transformed when the government changes? As a child I remember being very impressed by Prime Minister Harold Wilson's boast that England had only ever won the soccer World Cup under a Labour Government - could governments be that powerful?

But it was another of Wilson's quips that has stayed with me. He used to say that the result of an election depended on 'the pound in the pocket': if people feel well-off then they vote for the government; if they feel poor then they vote for change. This shows the close links between the disciplines of economics and politics: put simply, the state of the economy influences electoral behaviour; and politicians will manipulate the economy in an attempt to win elections. Yet this illustrates the limitations on the power of governments.

Governments do not have the power (or wisdom) to shape the economy in this way; they cannot even determine domestic economic policy. International markets, the European Union, financial institutions, trade unions, wars, even the climate: all these and more can knock carefully laid economic strategies off course.

There may not be consensus on the answers to the questions, but students emerge richer in their understanding of the problems they have confronted.

These are the kinds of questions and issues that we address in the PPE interdisciplinary module 'The Democratic Economy'. How much influence can politicians and governments exercise in different policy areas? What influences the way people vote and what do governments have to do to attract electoral support? Thus we examine the complex relationships between government, voters and interest groups that shape economic policy. And we use economic models to explore political phenomena like electoral behaviour, where voters are compared to shoppers in an electoral supermarket choosing between the range of products each party has on offer.

Seminar discussions are particularly lively because students can apply a range of different approaches taken from both disciplines. There may not be consensus on the answers to the questions, but students emerge richer in their understanding of the problems they have confronted. More than that, as with other PPE modules, students emerge equipped with a breadth of understanding and a range of skills that will always be useful in later life (and is very attractive to employers). 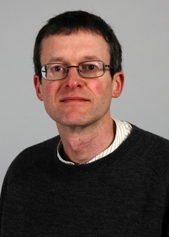