Visit Paul Noordhof's profile on the York Research Database to:

Before I came to the department in 2006, I was first lecturer, then reader, then a professor in Philosophy at the University of Nottingham (1994-2006). I joined the Nottingham department from a research fellowship at Clare Hall Cambridge (1992-1994). For many years, I was involved in the editing of Mind: an associate editor from 1991 and reviews editor from 2000. I set up the Mind and Reason group based in York in October 2010.

I have interests in various kinds of sensuous states – for example, perception, sensuous imagination and memory (sometimes known as experiential or episodic memory) and sensations such as pain – causation and related topics in mind and metaphysics; and belief, self-deception and delusion.

I am happy to supervise PhDs in any of the above areas and others. Amongst my previous PhD students are Nicholas Shackel (Reader in Philosophy, Cardiff University) and Ema Sullivan-Bissett (Lecturer in Philosophy, University of Birmingham). My current PhD student is Deborah Wells (working on Delusion). 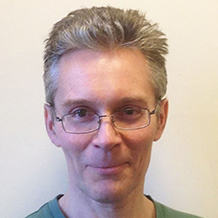