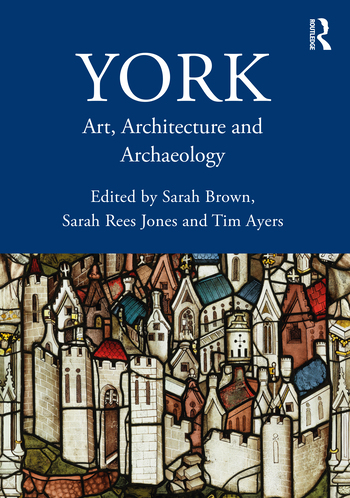 York explores the archaeology, art, architecture and cultural heritage of the city in the late Middle Ages.

In the years since the resurrection of the British Archaeological Association conference in 1976, the association has met in the city only once (in 1988), for a conference that celebrated Yorkshire Monasticism. As a consequence, the secular and vernacular architecture as well as the architecture, art and imagery of York Minster were excluded from its scope, something redressed in the meeting that took place in 2017. As many recent publications have focused on York in the earlier medieval period, this book shines a much-needed light on the city in the later medieval ages. Starting with a range of essays on York Minster by authors directly involved in major conservation projects undertaken in the last ten years, the book also includes information on the vernacular architecture and transport infrastructure of York, as well as the parochial and material culture of the period.

Illuminating the extensive resources for the study of the late Middle Ages in England’s second capital, this book provides new research on this important city and will be suitable for researchers in medieval archaeology, art history, literature and material culture.