Dr Jacqueline Riding specialises in British art and history of the long eighteenth century, with a current academic focus on William Hogarth, late-Stuart/early-Georgian painting, and Jacobitism. Former curator of the Palace of Westminster and Director of the Handel House Museum, she is now an author and consultant for museums, galleries, historic buildings and feature films.

Her recent projects include: consultant historian & curatorial adviser for HLF-funded John Wilton Room at Wilton’s Music Hall, London; curator of Basic Instincts, an exhibition on the eighteenth-century painter Joseph Highmore at the Foundling Museum, London in 2017-2018 (with accompanying book published by Paul Holberton, see Publications); scriptwriter & historical adviser for Martin Ware’s Hogarth & The Art of Noise exhibition and soundscape at the Foundling Museum in 2019, focussed on Hogarth’s The March of the Guards to Finchley (1749-1750); art historical & historical adviser on Mike Leigh's Mr. Turner (2014), Peterloo (2018), Wash Westmoreland's Colette (2018), William McGregor’s Gwen (2019) and Daniel Graham’s Prizefighter (pre-production 2021); award-winning author of Jacobites: A New History of the ’45 Rebellion (Bloomsbury 2016), Peterloo: The Story of the Manchester Massacre (Head of Zeus 2018) and Hogarth: Life in Progress (Profile 2021), the first biography of William Hogarth for over twenty years and one of Waterstones’ The Best Books to Look Out for in 2021.

Jacqueline is a fellow of the Graduate School of Business, University of Stanford; the Clore Leadership Programme; the Society of Antiquaries of Scotland; the Paul Mellon Centre for Studies in British Art, and trustee of Turner’s House, Twickenham and the Jacobite Studies Trust. 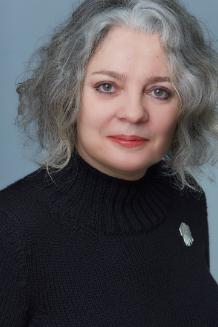