Dr Greg Sullivan FSA is an art historian and curator specializing in British sculpture from the late seventeenth to the mid-nineteenth centuries. He is the Research Associate on the AHRC-Funded project Pantheons: Sculpture at St Paul’s Cathedral, working with Professor Jason Edwards, Dr Amy Harris and Simon Carter, Head of Collections at St Paul’s Cathedral. He is an Honorary Research Fellow of the Department of History of Art until 2024.

Previously he spent six years as Curator of British Art, 1750-1830 at Tate Britain, and three years as Sculpture Curator and Chantrey Fellow at the Ashmolean Museum, Oxford. Between 2000 and 2006, when a Research Fellow at the Victoria and Albert Museum, he co-wrote the Biographical Dictionary of Sculptors in Britain 1660-1851, which he still edits in its online form. He has held two Research Fellowships in sculpture at Lincoln College, University of Oxford, and in 2017 a Paul Mellon Centre Mid-Career Fellowship on the work of the sculptor Francis Chantrey. He has also taught at the Universities of Loughborough and Leeds.

As a curator he was responsible for the permanent display of Francis Chantrey’s plaster models at the Ashmolean Museum, 2009, and at Tate Britain was the organizing curator on Sculpture Victorious 2015, lead curator for Fighting History: 250 Years of British History Painting, curator of numerous smaller displays.

He sits on the Steering Committee for Art UK’s project to digitize British sculpture collections, the Scientific Committee for the Prehistories of the Installation project at University Pompeu Fabra, Barcelona, and previously sat on the Sculpture and Furnishings Committee, and the Cathedral Inventories Committee, of the Church of England. He co-supervised (with Jason Edwards) Amy Harris’s collaborative PhD on the Chantrey Bequest.

Greg Sullivan’s current research focusses on monumental sculpture erected between 1795 and 1916 in St Paul’s Cathedral, which he is currently cataloguing as part of the Pantheons project. A new catalogue, guidebook, and monographs are in preparation. Previous work has focused on British and Irish sculpture between the Restoration and the late nineteenth-century. He co-wrote the Biographical Dictionary of Sculptors in Britain 1660-1851 (Yale 2009), which he regularly updates online, and has recently written a book and numerous articles on the portrait sculptor Francis Chantrey. He has also published on Anglo-Irish sculpture in the eighteenth-century, iconoclasm, the notion of the ‘worthy,’ sculptural processes, and the signification of the materials of sculpture.

A recurring theme is the relationship between art and historical thinking, beginning with a PhD in 1998 on British history painting and historical writing in eighteenth-century Britain, a subject to which he returned with the 2015 Tate exhibition and book Fighting History: 250 Years of British History Painting. For the last decade this interest has moved to how the study of the physical history and geology of the earth affected the comprehension of sculpture in the eighteenth and nineteenth centuries.

Work recently completed or nearing completion includes an essay on the perception of Plaster-of-Paris between 1745 and 1845 for the Sculpture Journal (2020), a piece on the Irish sculptor John Edward Carew at Petworth, an account of the use of anecdotes in sculptural biography, and a substantial monograph on Sir Francis Chantrey and the Strata of History. 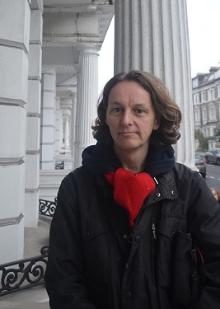 Please email Greg for an appointment