Tim Ayers is a Professor in the History of Art, and a member of the Centre for Medieval Studies.

His research has focused upon British art and architecture of the later middle ages. He has published studies on the stained glass of Merton College, Oxford (2013) and Wells Cathedral (2004). He also edited the volume The History of British Art, 600-1600 (2008), in a series from Tate Britain and the Yale Center for British Art.

He is currently working on St Stephen’s Chapel in the Palace of Westminster, running and contributing to two major research projects, one funded by the Leverhulme Trust and the other by the AHRC.

Tim is also Vice-President of the International Corpus Vitrearum project, which is dedicated to the publication of medieval and later stained glass.

Tim has published on stained glass, sculpture and architecture in England between the thirteenth century and the end of the middle ages. Current stained glass research interests include issues of word and image in monastic contexts, the chemical analysis of medieval window glass and the international glass trade. Other interests include facades and their decoration, and art in the medieval city.

He is also editing a full critical edition and translation of the medieval fabric accounts for the chapel.

Tim has been awarded £118,800 by the Leverhulme Trust to publish an edition of the fabric accounts for St Stephen’s Chapel in the Palace of Westminster (2013-14). 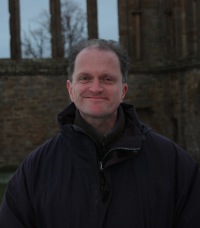