We are delighted that we will be joined next academic year by Dr Caitlin Hutchinson as a Fulbright Fellow. 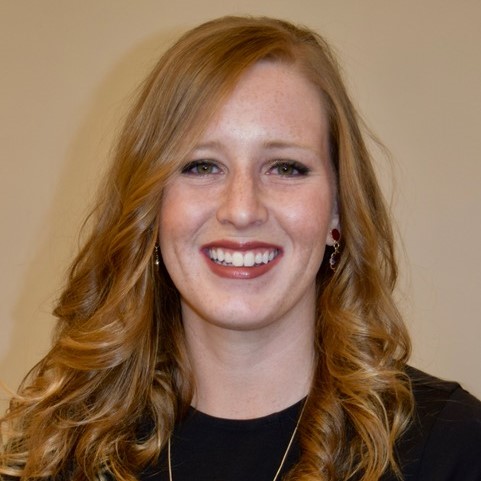 Caitlin Hutchison specializes in the art and architecture of early medieval northwest Europe, with an emphasis on the monumental sculpture of Ireland and Great Britain. Her Fulbright Scholar project will combine both research and teaching to investigate how polities at this time indicated their regional and local boundaries through landmarks that simultaneously expressed their identity, political legitimacy, and territorial control. Her scholarly work also looks at the form, iconography, and placement of these monuments to explore themes of compact, protection, and liminality. The specific research she will undertake focuses on a comparative analysis of the intersection of early medieval monuments in the British Isles and Ireland contextualized against a wider European practice, while her lectureship would involve teaching courses that engage more broadly with physical boundaries and frontiers, conceptual and religious borders, and the monuments and architecture that highlight these transitional spaces from across time and space. Although her scholarship and teaching is centered in the pre-1400 world, she finds medieval/modern comparative approaches inspiring, such as her research analyzing monumental crosses of 17th-century Mexico or her in-class discussions of well-known borders and border monuments, like Hadrian’s Wall, the Berlin Wall, the US-Mexican Wall, and the Northern Irish border. In addition to her Fulbright project, she is also revising her dissertation “The Multivocality of the Cross of the Scriptures: Claiming Victory, Kingship, and Territory in Early Medieval Ireland” for publication. Caitlin is currently an Adjunct Associate Professor at the University of Delaware, where she received her PhD in 2019. Previously, she earned her MA from the University of Notre Dame and BA from Ferris State University (Michigan), where she was a member of the women’s basketball team.

Caitlin is thrilled to be hosted by the Department of Art History at the University of York, as it is one of the top institutions internationally for the discipline. She looks forward to the enriching conversations she will have with its renowned community of scholars, the new perspectives she will gain from teaching York students, and the opportunity to be immersed in the historic city and its surrounds for eight months starting in early 2021.