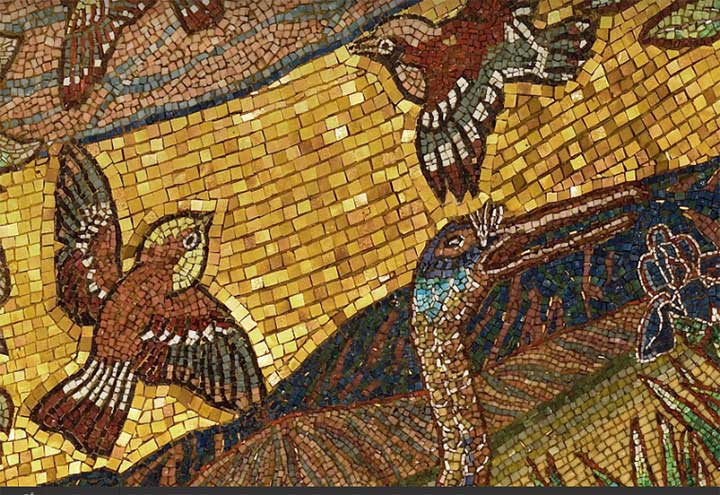 Long-nineteenth-century Europe witnessed a major revival in the production of mosaics, at various scales from the microscopic through the architectural to the monumental. To date, the mosaic revival has received scant art historical attention, in spite of the significance of the medium to the careers of such canonical Victorian artists as Edward Burne-Jones and Frederic Leighton, and to a range of projects ranging from the Albert Memorial in South Kensington to the German Fountain in Istanbul.

Rethinking Nineteenth-Century Mosaics will centre on a series of position papers from scholars, each speaking for ten-to-fifteen minutes on a single example of the medium, to enable us to think further about both medium specificity and intermediality, the Victorian Classical, Gothic and Byzantine revivals, Nineteenth-Century Orientalisms of various stripes, as well as the democratization and politicization of the medium in and beyond Victorian Britain.