Ways of Reading a Play 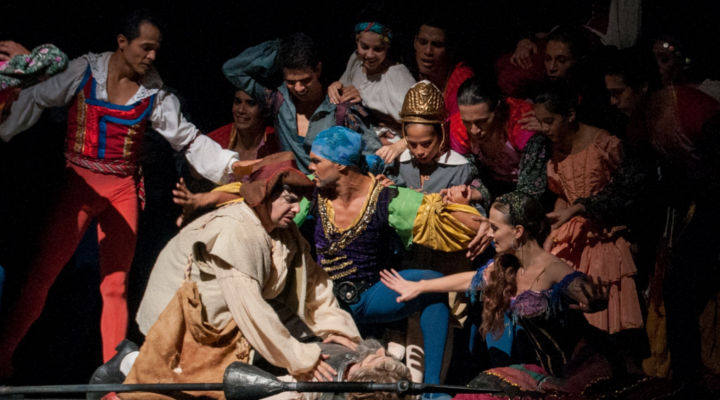 Among the three great textual genres (the novel, the poem, the play), the play tends to suffer the most from unhelpful clichés and unhelpful assumptions about reading. It is not necessary to know a lot about performance or about acting to read a play, discuss it in a seminar, or write about it well.

And it is not necessary to have seen a performance of a play to understand its nuances and details: that’s because a playtext always has a tense and tentative relation to the idea of its realisation as a performance. Any given performance will add some elements to a playtext and take other elements out of it, and as such a performance is also a text in its own right, open to interpretation, which complements the playtext but is not the playtext itself.

A play asks to be imagined and gives this right to everyone. A play has many lives beyond the page – not simply on stage, but in the minds of its readers. You are one of them.

Reading a play requires, first and foremost, having faith in the powers of your own imagination: a play is an invitation to imagine bodies and voices in a space.

The text consists not simply of lines in verse or prose, but of visual images and poetic combinations of words and movements that engage the imagination and the emotions.

Character and plot are important – you must ensure that you have a strong grasp of the plot – but plays aren’t simply about character or about plot. Some plays have no defined characters and many have no plot; many plays, also, feature characters that don’t have a fully-fledged psychology and don’t purport to seem real at all. Plays aren’t necessarily about a recognisable reality either.

Any given play creates its own world; be it little or big, that world is always specific to itself.

A play is as delicate a construction as a carefully-crafted poem or an evocative piece of prose, and the same line can be open to many interpretations.

There are different layers of meaning at work at any given time and on any given page: indeed, the forms of action depicted in a play are both literal (they call for actual utterances and movements) and symbolic (speech and gesture always mean more than what they simply are).

Even plays that are realistic and seem ‘real’ are very carefully constructed, and rely on visual images, movements and utterances that have a symbolic dimension.

Read it aloud, and linger

When you read a play, try to really read it: read it aloud, at least in parts, adding intonation and gesture – no matter how tentatively – and think about the space or spaces that the text delineates and creates.

Take time to linger on what you are reading: the details matter.

The stage directions are part of the text to be read and interpreted: very often, particularly in modern and contemporary plays, the stage directions hold all the keys to the action. They can indicate where the characters are positioned, their emotional states, how their words should be uttered and how they should move, and give many other valuable insights.

Since plays tend to be shorter than novels, it is a good idea to read a play twice in preparation for a seminar or a workshop, rather than once: you will have a better understanding of it.

This article is available to download for free as a PDF for use as a personal learning tool or for use in the classroom as a teaching resource.