Ways of reading a film 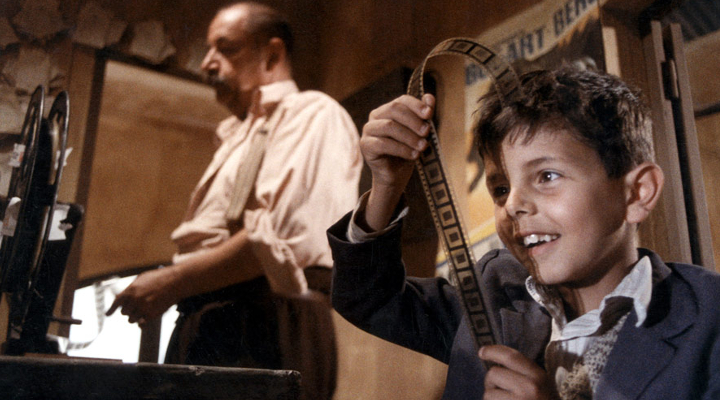 Consider the films of Wes Anderson. What makes them distinct? How are they different than the films of someone like Tim Burton? Or Sofia Coppola? What about horror films? What makes them so scary? Why can many romcoms be so sappy? The styles of film-makers and film genres differ because they use the materials that make up a film differently. These many materials constitute the language of film. Reading a film involves understanding this language.

The language of film includes sound, moving images, editing, camera angle, music, sets, special effects, pacing, and the conditions of production. These formal elements work together to tell the film’s story, to convey its mood, and to communicate the film-maker’s vision. They all contribute to the ways in which we ‘read’ a film. Reading a film involves understanding the story we see unfold on screen and acknowledging the formal elements that make up film language.

Formal analysis is the active process of decoding these formal elements. If you are writing about a film, you must include some formal analysis. This means you must not just describe the story, you must analyse the ways in which that story is told—even elements that might contradict what characters say and do.

Some aspects of formal analysis:

Select a shot from a film and discuss the way this scene is framed.

You can choose a shot with characters and shots of the landscape.

How are the characters positioned? Is it a close-up shot or long-distance? Does one character dominate the frame?

How does a film’s setting help to set the mood? Is it welcoming or unfriendly? Crowded or empty?

Choose a sequence of two or more shots and discuss how they are edited together and what they tell us about a character, a situation, or one of the film’s themes.

Note if a film has quick-cuts in which one shot is quickly followed by another or if it has long-takes in which the camera lingers over a scene. Also notice how the length of shots contributes to the pacing of a film. Action sequences, for example, usually consist of many quick-cuts to add to the excitement.

Discuss what the audience hears when we see certain images. Sound includes dialogue but also music, special effects, and even, at times, the voice of a narrator.

Consider the placement of the camera. Do we look up at characters (a low-angle shot) or look down on them (a high-angle shot)? Do we get an overview of a scene (an overhead shot) before the camera moves in more closely? Are there any point-of-view shots—shots in which the audience sees things from the point of view of a particular character? Are there any panning shots in which the camera moves across the screen to reveal information slowly? Pay attention to camera angles and movement when watching a film and discuss them when writing on film. They contribute to the ways in which information and the overall mood of a film are communicated.

When reading a film, start at the beginning. The opening of a film often introduces ideas and reveals strategies (such as sound, camera angle, etc.) that will become important as the story unfolds. What do you see and hear when the film begins? Is the opening shot meant to familiarise you with the setting and some of the characters or is it purposefully confusing and chaotic?

Also examine the ways in which characters are introduced. Do they fill the frame when we first see them? What camera angle is used? Are they bathed in light or do they emerge from the darkness?

Film-makers like Wes Anderson, Sofia Coppola, and Tim Burton all have signature styles. No matter the subject, their films share similar qualities. Consider analysing the style of a particular film-maker and the ways in which they use the language of film.

Reading a film also includes understanding the historical, political, and economic contexts in which it was produced. How do American Westerns of the 1950s and 60s reflect Cold-War culture? How do 1980s adaptations of British novels capture the ‘greed is good’ mentality of the time? Do recent films about AI reflect current anxieties about technology? Also think about who funded these films, the size of the budget, and the political ideology of the film-maker.