Students play the biggest role in the creative community at York, and are extremely active in publishing (both journalistic and creative) and performance. We take great pride in our students’ work in this area, and in those who have gone on to successful careers in the creative industries.

The publications and societies below are all led by students, and open to all to get involved. 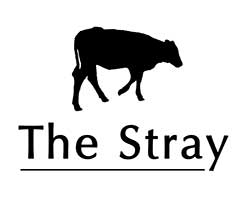 Circulation is York's music­-only magazine. Whether your interest be reviewing albums or gigs (which we can often get free tickets to), interviewing musicians, putting on or playing at one of our events, joining us on one of our radio shows, or just airing your thoughts in a general comment piece, we're the ones for you.  Whatever your taste in music everyone is welcome, so get in touch at circulationmagazine@yusu.org or on facebook. We promise we don't bite!

Culturised is an online arts platform, run by English graduates, which aims to combine intellectually provocative essays with up-to-date event information about cultural events that are either in, or accessible from London. We believe there are enough reviews in this world, so our events coverage takes the form of pieces that are both reflective and descriptive.

‌The Lemon Press is a satirical magazine, published four times a year to 32 pages per issue. It is written, edited, and designed by students at the University of York, England. As well as the magazine, we also produce videos, published on our Facebook account; publish articles online, here; comment on events and livetweet, @thelemonpress; and run a radio show.

Nouse is the University of York’s largest, oldest, and best-known media outlet and one of the most highly-respected, nationally-acclaimed and award-winning student news providers in the country. Founded in 1964, making us the oldest society on campus, Nouse has consistently provided the student voice for generations of York students and an important critical voice of the University and the Students’ Union.

‌Unknown Magazine is a student-run art publication, which launched in December 2013. Bringing together material from Film, Literature, Music, Philosophy, Theatre and Visual art, we aim to create an avenue to experience culture from angles absent in daily life. As well as a themed yearly print edition, Unknown now runs all year round online, too, publishing reviews and articles about the arts and culture with a focus on York-based events.

York Vision is York's most awarded student newspaper and has been in print since 1987, breaking stories that frustrate YUSU and The University. Since 2020 alone, we've covered everything from the start of lockdown, the risks of spiking, racism at Roses, and accommodation break-ins. Join us to get your stories heard and challenge the University.

Drama Society is the biggest theatre society on campus­ we put on 16 shows a term, sometimes more! We have a show every weekend that takes over our black box theatre space: The Drama Barn, and Open Drama Nights each Monday which are a platform for more students to try out more experimental, rights­free theatre. The society presents opportunities for countless amounts of people, from costume designers, to lighting operators and technicians and stretching to directors of large big­cast productions or writers of their own shows. We hold auditions in which everyone is welcome, and no preparation is needed and are a very open and welcoming society for everyone interested in any aspect of theatre at all. Our space The Drama Barn (between music and Nisa) is always a hive of activity, come and visit us and see what we are all about!

Inklings is a very relaxed and diverse society who work across all forms of writing; poets, playwrights, novelists, screenwriters and dabblers are all welcome. Each weekly session focuses on a different aspect of writing with activities, discussions, readings and space to work privately on your own writing if you wish. We have regular visits from published authors, and have produced society anthologies in the past. We also attempt to make sure our members are aware of all writing and creative opportunities in York and further afield.

Literature Society: Silly about Shakespeare? Krazy about Keats? Loopy for Larkin? Literature Society York caters for those with a passion for prose, verse and all things literature­based. Whether you are studying Literature, or just love to read and discuss, our socials and wide ranging academic and careers events pique the interest of all. Ever the friendly bunch, past events include open­mic poetry nights, creatively themed balls, student and staff talks and a yearly trip abroad. In the 2015 YUSU Awards Litsoc was Highly Commended for Society of the Year. Keep in the know by signing up to the mailing list at litsoc@yusu.org, find us on Facebook at Literature Society at the University of York.

Poetry Society is a gathering of people who like to discuss poetry in a friendly and chilled group setting. We hold  discussion groups on a wide variety of poetry related topics and genres such as dream poetry, romantic poetry, classical poetry and Chinese poetry to name a few. We also host readings with poets from the local area. We have a strong community atmosphere and are made up of a diverse range of people, you don't need to know anything about poetry to come along.

The Antigone Collective is a York­-based theatre group who put on plays around the theme of human rights. They believe strongly in the power of art to raise awareness and provoke change, and work with the community to achieve these things. As well as theatre, the group engage with all art forms, for example by hosting a fortnightly human rights film club.

York PEN is the University of York’s student branch of English PEN, an international charity that fights for the freedom to write and read all over the world and whose Presidents have included H.G. Wells and J.B. Priestly. We have regular meeting where we debate freedom of speech issues, send letters to imprisoned writers, review works in translation and petition governments and companies for greater freedom of expression. We also hold regular events open to all of York such as poetry workshops, Q&As with journalists and authors, film screenings and quizzes. If you care about words and want to fight for them, York PEN is your opportunity to do so.