Janine is a founding co-editor of BLACK LINES: The Journal of Black British Writing

Claire Chambers is the co-editor for two book series: Routledge's Global Literature: Twenty-First Century Perspectives and Manchester University Press's Multicultural Textualities. With Kaiser Haq, she also edits the six-volume Cultural History series for Bloomsbury, A Cultural History of South Asian Literature. Previously, she was Editor-in-Chief of the Journal of Commonwealth Literature (SAGE) for over a decade.

Alice is the editor of Liverpool University Press's Representations: Health, Disability, Culture and Society series. This series includes works on disability, illness, ageing, sexuality, gender, race, affect, care, technology, and the body as spectacle. It encompasses a broad historical range, from the Early Modern period to the present day, and engages with a rich variety of cultural forms including films, novels, comics, medical texts and public exhibitions.

Shazia Jagot is a co-editor of the international journal, postmedieval which publishes theoretically driven scholarship on premodernity and its ongoing reverberations. Contributions to the journal are characterised by conceptual adventure, stylistic experiment, political urgency, or surprising encounter.

Holly is co-editor, with Orietta Da Rold, of the book series York Manuscript and Early Print Studies, for York Medieval Press (an imprint of Boydell & Brewer)

Kevin Killeen is the editor of Renaissance Studies, a multi-disciplinary journal which publishes articles and editions of documents on all aspects of Renaissance history and culture. The articles range over the history, art, architecture, religion, literature, and languages of Europe during the period.

Alexandra Kingston-Reese is the editor of ASAP/J, the open-access platform of ASAP/Journal, the scholarly publication of the Association for the Study of the Arts of the Present. Like the association and print journal it serves, ASAP/J explores new developments in a variety of post-1960 arts, including literature, plastic and visual arts, digital arts, music and sound art, performance, architecture and design, mixed media and intermedia arts, and so on. ASAP/J provides a forum for dialogue among and between scholars and practitioners of the contemporary, and it seeks to advance our collective knowledge of our own elusive contemporaneity.

Emilie Morin is co-editor of the Clemson University Press book series Modernist Constellations, and is on the Editorial Board of Samuel Beckett Today/Aujourd'hui, a journal that fosters dialogue on Beckett across languages and cultures.

James Williams is an editor of the Cambridge Quarterly, an OUP journal of literary criticism which also publishes articles on cinema, the visual arts, and music. Founded in 1965, Cambridge Quarterly was conceived as the successor to the famous Scrutiny, but quickly established its editorial independence. It aims, without sacrifice of scholarly standards, to engage readers outside as well as inside the academic profession. 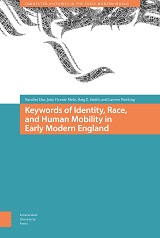 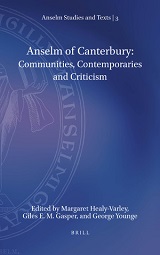