The Department of English and Related Literature is delighted to announce the winners of this year’s undergraduate prizes: a testament to the superb quality of our students’ work in very challenging circumstances. 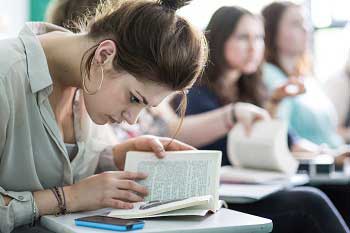 The Jaques Berthoud Prize is awarded every year to the best piece of third-year work. This year it was won by Jessica Hesketh for her wonderful essay, ‘“For al the realme of hethen Spayne”: Spain in the Imagination of Middle English Romance’. This essay was written for our Advanced Option Module, ‘Pulp Fictions of Medieval England’, and was warmly commended by our external examiners, who described it as ‘an engaging and imaginative piece of publishable level’.

The Department received 33 entries to the Ursula Wadey Prize, awarded ‘to the most original written work by an undergraduate in verse or prose in the English Language’. The standard was remarkable, ranging across creative writing in verse and prose, as well as critical prose.

This year’s Ursula Wadey prize was awarded to Harran Deu, for an essay entitled ‘“The gods in their bewildering contradictions [are] the guarantors of logic in events”: Homer’s Manipulation of Divine Intervention in the Iliad’. Harran’s essay addresses an original and highly engaging series of questions in respect of narrative control and the divine intervention.

This year also saw the inaugural award of the Ruth Selina Poetry Prize, awarded in memory of an extraordinary student. We had a wonderful response to the prize, with lots of very strong submissions. Our judges, Dr JT Welsch and Dr Vahni Capildeo selected Sophie Lutkin’s wonderful and original poem, ‘Woman, Simple Machine’ as the winner.

The judges were struck by this rhythmic and unrelenting poem, which interweaves the language of physics with everyday gendered violence in family structures. This achieves a double feat of truth and irony: powerfully conveying the emotional costs of containment, while hinting that the human energies and forces in play cannot be naturalized like scientific laws.

Poems from Bryony Aitchison and Alice Flinta were highly commended, with Jodie Reed receiving a commendation from the judges. Florence Chadwick, Ellie Parnham and Inga Piotrowska were also shortlisted for this competitive award.

The work submitted for our prizes is a testament to the hard work, the intellectual curiosity and the sheer vitality of our undergraduates. Reading this work has been a great privilege for the judges, and we are delighted to congratulate our prizewinners.