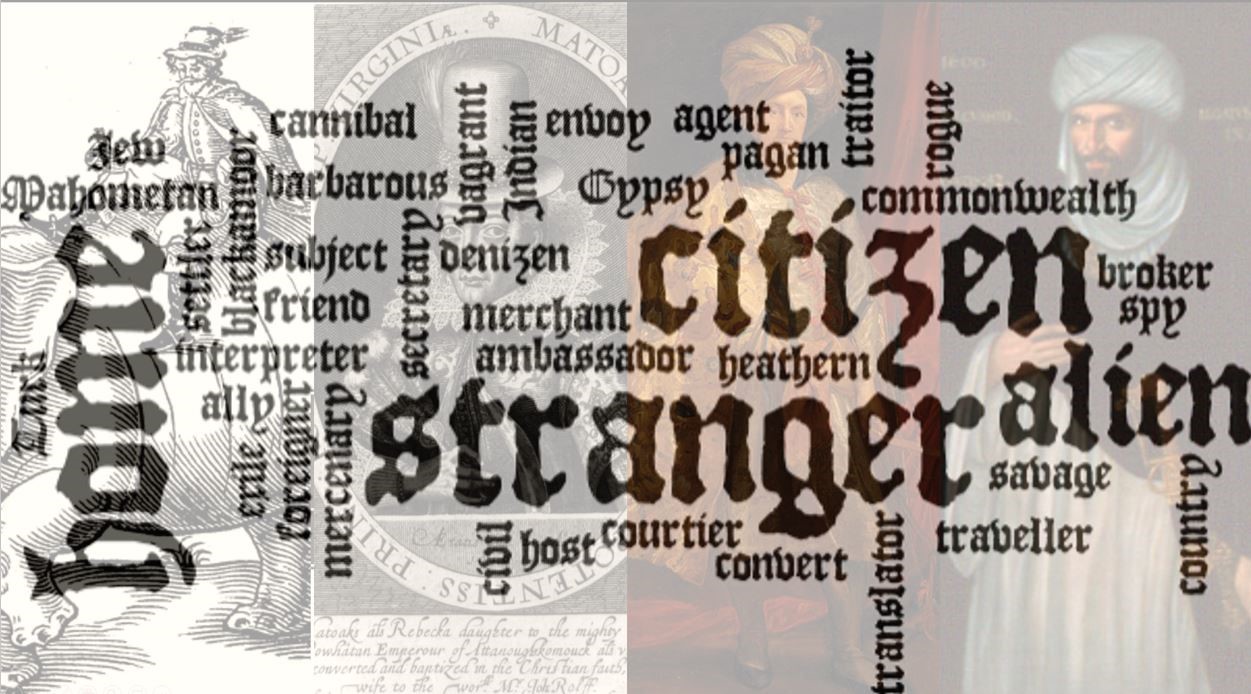 ‘Britons, wholly divided from the rest of the world’, Virgil had lamented (‘penitus toto divisos orbe Britannos’). Yet that was hardly true of multicultural, multilingual London in the late sixteenth and early seventeenth centuries, and an England that was changing, slowly but inexorably, thanks to human mobility, traffic, and trade. How did its subjects respond to this transformation? And how did changing English attitudes towards ‘strangers’ and ‘aliens’ develop alongside emergent definitions of race and belonging? Nandini Das uses the interdisciplinary research of the TIDE project (www.tideproject.uk) to make a case for crossing borders in research, using TIDE: Keywords and some of TIDE’s case-studies about reluctant and voluntary early modern border-crossers.

Nandini Das is Professor of Early Modern English Literature and Culture at Oxford, and Fellow of Exeter College. She works on Renaissance literature and cultural history, with special emphasis on early travel, cultural memory, and cross-cultural encounters between Europe and Asia, and has published widely in these fields. She is volume editor of Elizabethan Levant Trade and South Asia in the forthcoming edition of Richard Hakluyt’s The Principal Navigations (OUP), and project director for the ‘Travel, Transculturality and Identity in Early Modern England’ (TIDE) project, funded by the European Research Council.