Islamisation and Fiction: A Narrative

Born and educated in the small town of Gaya, in India, Tabish Khair is the author of various books, including the poetry collections Where Parallel Lines Meet (2000) and Man of Glass (2010); the studies Babu Fictions: Alienation in Indian English Novels (2001) and The Gothic, Postcolonialism and Otherness (2010); and the novels The Bus Stopped (2004), Filming (2007), and The Thing About Thugs (2010; 2012).

His latest novel, How to Fight Islamist Terror from the Missionary Position (2012), was judged the best 9/11 novel to date, by The New Republic. It is released in the UK on 20 February 2014.

Khair now lives in a village outside the town of Aarhus, Denmark. He describes himself as part of a long, complex and obscured history of 'small town cosmopolitanism'.

A Writers at York event. 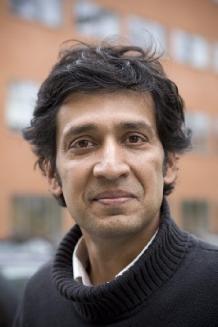