‘a melancholy but necessary duty’: Masculinity, civility and colonial violence in Warrane/Sydney, 1788-1816 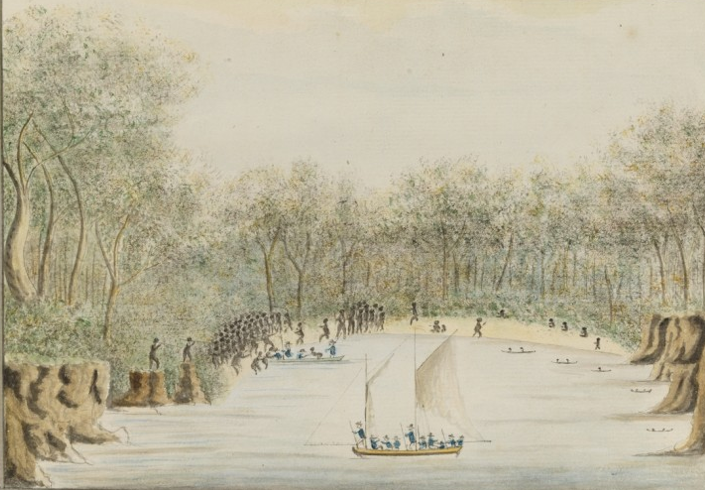 The emergence of the refined and polite ‘man of feeling’ as an elite masculine ideal is typically considered to be a key factor in the decline of violence in the Georgian metropole. In colonial space things were very different.

This paper utilises the journals of Lieutenant William Bradley, an officer of the First Fleet who invaded Warrane in 1788, and Captain James Wallis, who led the first state-sanctioned massacre of Indigenous Australians at Appin in 1816. These texts indicate that distress at colonial violence did not represent a critique of the imperial project. Both these men embodied the ‘man of feeling’ archetype, and I will explain how the performance of this identity by the colony’s officer class served to justify the occupation of Warrane and surrounding country in the white European imagination. I explore how manly distress over his role in kidnapping Indigenous men in Bradley’s case, and killing men, women and children in Wallis’, enabled violence to reinforce rather than undermine the myth of European civility. Written almost twenty years apart, comparing the journals of these two men will also reveal the longevity of the ‘man of feeling’ identity in colonial space, even as official policy moved from purported conciliation to open hostility towards the local Eora, Dharug and Dharawal people.

Rosalind Carr is a Lecturer in History and Gender Studies at Birkbeck, University of London. An expert on eighteenth-century masculinities, she is the author of Gender and Enlightenment Culture in Eighteenth-Century Scotland (Edinburgh U.P., 2014) and numerous articles and book chapters. This paper is a product of her current project, ‘Empire at the End of Enlightenment: Politeness and Violence in New South Wales, 1788-1816’. This project has been supported by a prestigious Menzies Bicentennial Fellowship, held at the University of Sydney, and a Hakluyt Society research grant.