Visit Subir Chattopadhyay's profile on the York Research Database to:

I joined York in August 2006 after appointments at Universidad de Alicante and El Colegio de Mexico and post-docs at the Hebrew University of Jerusalem and IAE-CSIC Bellaterra. I am from India and studied at Mayo College and Presidency College.

I am a theorist. Motivated by macroeconomics, I study properties of competitive general equilibrium models, with generational overlap or with infinite lifetimes. Examples are the suboptimality of allocations, the dynamics when forecasts are made using least square regressions, and the dynamics when markets are incomplete.

“Consumption Dynamics in General Equilibrium: A Characterisation when Markets are Incomplete,” Journal of Economic Theory, 145, 2133-2185 (2010). Joint with Pablo F. Beker. 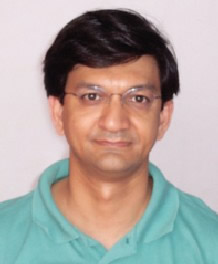 Other times may be available by email appointment.