I am interested in tax policy, CGE modelling and applied econometrics, and happy to advise in these areas.

“The Selective Employment Tax and the Labour Market”, British Journal of Industrial Relations, 1966 (with K Hartley).

A Model of UK Manufactured Exports and Export Prices, HMSO, 1975 (with P. Minford).

“Income Tax Elasticity and the Distribution of Income, with an application to Peninsular Malaysia”, South East Asian Economic Review, 1980.

“The Elasticity of the US Individual Income Tax….”, Review of Economics and Statistics, 1982 (with P Lambert and A Fries).

“Modelling the Effects of Income Growth and Discretionary Change on the Sensitivity of UK Income Tax Revenue”, Economic Journal, 1982 (with P Lambert).

“The Influence of Firms’ Financial Policy on Tax Reform”, Oxford Economic Papers, 1998 (with T Kenc). “Tax Reform and Employment in Europe”, International Tax and Public Finance, 1999 (with A. Ruocco).

“The allocation of carbon permits within one country: a general equilibrium analysis of the UK”, Energy Economics, 2001 (with T. Edwards).

“Benefit Levels, Tax Progression and Employment”, FinanzArchiv, 2001 (with A. Ruocco) 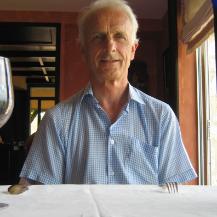