James Sherwood is a research scientist at the Green Chemistry Centre of Excellence at the University of York. James completed a PhD at the Green Chemistry Centre of Excellence in 2012 for Professor James Clark and Dr Duncan Macquarrie, where he examined the synthesis and application of bio-based solvents in examples of organic transformations of relevance to the pharmaceutical industry. James’ research interests now also include the analysis and certification of bio-based products, including solvents. 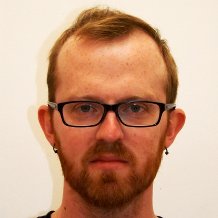