Phil was a York Biochemistry student, graduating in 1985. He then held research positions at Sheffield University, in the Dept. of Therapeutics & Pharmacology, and at Bath University, in the Biochemistry Department. Returning to York in 1989 as a research assistant, in the Bronk lab in Biology, he worked on the intestinal absorption of various compounds, including chemotherapeutic drugs and peptides. As part of the latter study he took a DPhil, graduating in 1997, followed by post-doctoral studies in the Kellett lab, working on the regulation of sugar transport in intestine by insulin-related cell signalling pathways. At the completion of this study he transferred to Chemistry in 2004, to be a research technician in the Checik, Keely and Routledge labs. He helped to found the departmental CHN microanalysis service during this time, before moving into the Teaching Labs in 2010. Skillsets include HPLC, GC, mass spectrometry, CHN analysis, X-ray fluorescence, SDS-PAGE and Western blotting, organ perfusion, immunohistochemistry, confocal microscopy, ultracentrifugation, the use of radioisotope tracers and ELISA. He is trained in First Aid at Work and is a member of the Departmental Safety Team. 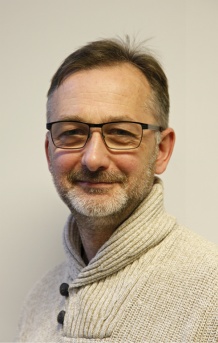