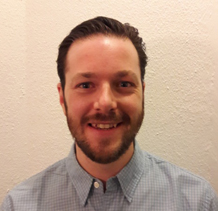 James graduated from the University of Edinburgh, undertaking a Masters project on the Cu(I)-catalyzed reductive aldol cyclization (Hon Wai Lam). He briefly joined Evotec before moving to the medicinal chemistry group at Cancer Research Technology. He obtained a PhD from York, under the supervision of Prof. Peter O’Brien, on the asymmetric lithiation of piperazines and the synthesis of the sparteine surrogate. He then undertook a postdoctoral position at the University of Leeds under the supervision of Profs. Adam Nelson and Steve Marsden, working on the synthesis of diverse lead-like libraries, as part of the European Lead Factory. James then returned to York as a postdoc and worked on fragment based technologies including the the identification of small molecule activators of industrially relevant biocatalysts, funded by the BBSRC, in collaboration with Profs. Rod Hubbard and Gideon Davies. He left to join the Fairlmab group at york as a lead research technician for automated chemical reaction screening. 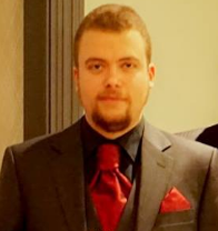 Will carried out his MChem degree at the University of York. He spent his final year under the supervision of Professor Richard Taylor and Dr. Timothy Hurst to explore synthesis of a range of carbonyl-linked bisoxindole structures. His PhD was conducted in collaberation with Simon Duckett on a range of isotopically-labelled nicotines and related structures with a view towards medicinal imaging applications such as MRI. This involved their synthesis, subsequent hyperpolarisation by Signal Enhancement By Reversible Exchange (SABRE) and evaluation/optimisation of their magnetic properties. 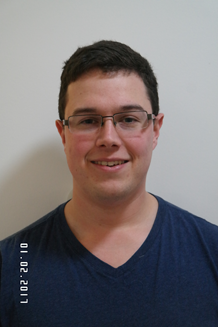 Adam received his MChem degree from the University of York in 2013. His final year undergraduate project was undertaken with supervision from Prof. Peter O'Brien and Dr Peter Karadakov as was his PhD. This project involved the investigation of the lithiation reaction of N-Boc heterocycles using experimental and spectrscopic techniques as well as and computational DFT modelling. He went on to be a chemoinformatician/developer for Scitegrity Ltd.

Mickey was born in Derby and completed his MChem Chemistry with a year in industry (GlaxoSmithKline), University of York. He was a joint PhD student with Richard Taylor & Peter O’Brien working on catalytic dearomatization reactions and their use in total synthesis. He recieved a Humboldt fellowship and joined the group of Prof. Dr. Frank Glorius at Münster.

Masakazu was a visiting researcher and obtained a PhD from Tokyo University of Pharmacy & Life Science, Japan. He is employed at Asahi Kasei Pharma Corporation in Japan. He was seconded to the O’Brien and Hubbard groups in order to work on a range of synthetic and chemical biology projects.  He was involved in projects exploring new 3-D pharmaceutical space through the design and synthesis of 3-D fragments, C–H functionalisation of cyclic ethers via lithiation-trapping & modulating enzyme activity by covalent modification with fragments.