I have always been passionate about chemical education and outreach, having worked hard to deliver high quality innovative courses. I was awarded a prestigious National Teaching Fellowship from the Higher Education Academy in recognition of my educational work.  I was also shortlisted for a Times Higher Education Most Innovative Teacher Award. I received the York University Students' Union 'Most Inspiring' Excellence Award.

I give regular schools lectures on topics as varied as Medicinal Chemistry, The Hidden Chemistry of Afternoon Tea and The Chemistry of Breaking Bad.  Since 2000, I have interacted with ca. 50,000 16-18 year old students as well as many members of the general public. These lectures are highly interactive, including chemical demonstrations and mass audience participation. The lectures have been delivered at The Royal Institution and The Institute of Education (amongst many other venues).  I was also Merchant Adventurers’ Science Discovery Lecturer.

I strongly believe in a contextualised skills based chemical education, and this informs all of my teaching. I wrote an influential article in Nature Chemistry - the leading chemical journal, on the future of science education - From Crazy Chemists to Engaged Learners through Education, Nature Chemistry 2011, 3, 681-684. This article described strategies for engaging learners with the wonders of chemistry, and discussed the future of chemical education in an internet age, where the premium has moved from retention of information, to creativity skills such as interpretation and critical thinking, which allow the judgement and use of chemical information in innovative ways.  I also wrote a key reflective piece on the importance of skills development in Education in Chemistry, 2014 – What do we want our students to be?

My lecturing is regularly recognised in student surveys as some of the best in York.  In recent years, I have also been innovating with scratchcard-based Team-Based Learning exercises in workshops, which has seen my workshop-teaching recognised as some of the most effective in the department.

I have delivered national training sessions for new physical science academics: 'From Delia to Drugs – Tips for Science Lecturers’, a number of these tips were published in an article: The Mid-Lecture Break - An Overview and Some New Approaches, J. Chem. Ed. 2006, 83, 1621-1624.

I am an active user of Twitter, both for professional and personal networking (https://twitter.com/professor_dave) and YouTube (see below). As a result, I have delivered staff development sessions on: ‘Social Media in Academia – YouTube and the T(wittering) Academic’.

A key way I have provided more student support and encouraged student active engagement is through my YouTube channel, which has achieved local, national and even global impact, with well over 500,000 video views. This channel was initially created to support first year undergraduates in York, using quirky, low-budget videos, which discuss aspects of everyday life and explain them in terms of the underlying chemistry. Students thrived on this context-led approach to organic chemistry teaching, and enjoyed engaging with it. By applying chemical principles to controversial areas, such as ‘legal-high’ drugs or Breaking Bad – undergraduates were highly motivated and the general public engaged. The videos are supported by tutorial videos providing deeper insight and helping students approach independent problem-solving. A survey of York students indicated the videos were interesting and invaluable aids to revision and problem solving – indeed, enhanced tutorial/examination performance was evident.

Recently, I expanded the approach to provide an active student-learning experience, for our undergraduates, in a transformative new course using a structured independent-learning package to teach polymer chemistry. As part of this, all students present a contextualised aspect of the subject as a magazine-style article (‘traditional media’) or YouTube video (‘new media’). Over the past seven years, more than 200 students have chosen to make videos, many of which were educational, innovative and entertaining. These videos are compiled on a number of ‘Year 1 York Chemistry Students’ playlists on my YouTube channel. Feedback indicated that the students viewed each other’s videos – finding them inspiring and
educational. It also indicated students enhanced their skills, achieved significant depth of learning, and enjoyed sharing their learning more widely online.

There have been many comments from viewers worldwide, demonstrating that learners in schools, universities and even the general public use the videos on my YouTube channel – indeed the students’ videos have been viewed >>100,000 times. This has enabled me to enter into a genuine dialogue with viewers, make new videos on topics of interest, and develop new relationships. For example, as a result, the videos were translated into Portuguese (by Dr Luis Brudna), engaging an even wider international audience. This project illustrates how the ‘educated’ can be empowered to become global educators in their own right.

In summary, my videos (iTube) encourage direct engagement of many different viewers with chemistry, and by stimulating student-made videos (YouTube), active-learning has been fostered, with the resulting videos continuing to inform and inspire the next generation of chemistry learners (WeTube).  Details of this project were published in J. Chem. Ed. 2014, 91, 1594-1599. 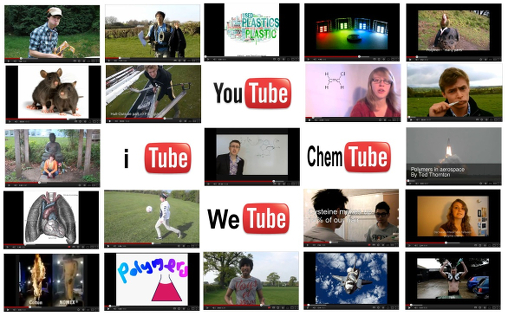 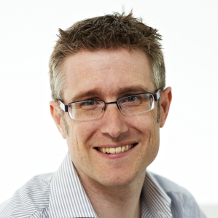