Neil graduated in Natural Sciences from Fitzwilliam College, University of Cambridge in 1997 and remained in Cambridge to complete his PhD in Diode Laser Spectroscopy of Transient Species with Prof Paul Davies in 2000. Following his PhD Neil moved to a Welsh Post-doctoral Fellowship at Rice University, Houston working with Prof R.F. Curl. Following further post-doctoral study in the field of ultrafast spectroscopy of complex fluids and biological systems at the Universities of East Anglia and Strathclyde, he became an EPSRC Advanced Research Fellow in 2006. In 2008 he was awarded a European Research Council Starting Investigator grant and was appointed to a Professorship in Ultrafast Chemical Physics at Strathclyde in 2016.

Research in the NTH group uses ultrafast two-dimensional infrared (2D-IR) spectroscopy to determine the role of fast structural and solvation dynamics in biomolecular processes, ranging from ligand binding to proteins and DNA to the reactions that occur in the active sites of enzymes.

Ultrafast 2D-IR spectroscopy is the infrared equivalent of powerful multidimensional NMR spectroscopy methods in that it employs a sequence of infrared laser pulses to spread the IR absorption spectrum of a sample over a second frequency axis. The result is that the traditional IR absorption spectrum appears along the diagonal of the 2D-IR plot while the off-diagonal region contains peaks that report on couplings or energy transfer between vibrational modes. These peaks provide new information relating to molecular structure and dynamics. Combining this information with the high time resolution of 2D-IR (~ 100 fs) allows experimental visualisation of H-bond motion, dynamic conformational fluctuations of proteins or DNA and the ability to follow structural changes of reacting molecules in real time.

Examples of our work include applications of 2D-IR spectroscopy to detect the dynamics of water molecules in enzyme active sites that may play a part in their function and to understand the role of water motion in the action of synthetic catalytic systems that mimic biological molecules. We have also examined how protein structural dynamics could contribute to mechanisms of antimicrobial resistance and examined the structural and dynamical implications of ligand binding to DNA.

Recently, we have begun to explore new directions involving the application of 2D-IR to analytical problems, showing that 2D-IR can quantify the secondary structure content of protein samples and performing a proof-of-concept 2D-IR screening applications acquiring >2000 2D-IR spectra of DNA-ligand complexes and categorising them using novel data analysis tools

NTH collaborates closely with scientists at STFC Rutherford Appleton Laboratory’s (RAL) Central Laser Facility and this has led to the development of 2D-IR instruments on three different RAL spectrometers that are available to the wider UK research community.

Professor Neil Hunt will take up his position at the University of York in June 2018 and is currently advertising with Dr Alison Parkin for PhD students to start in October 2018.

See all PhD projects for UK and EU students available for October 2018 entry. 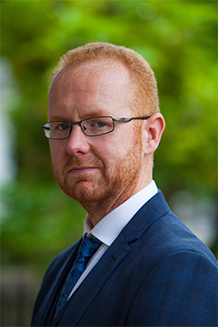