Over 90% of all commercially available organic chemicals are sourced from crude oil. This is unsustainable and a major challenge for chemists in the coming decades will be wean the chemicals industry off its addiction to crude oil and onto renewable, sustainable starting materials. In addition, whilst catalysis is often seen as a green technology, many current catalytic processes rely on metals such as rhodium, iridium and platinum which are themselves of limited and decreasing availability. Our interest focusses on a number of aspects of making organic chemistry sustainable. Our approach is based on obtaining a thorough understanding of chemical processes by a combination of spectroscopic and mechanistic studies to allow mechanism led optimizations to be carried out which improve both the chemical effectiveness and the sustainability of a process.

CO2 as a chemical feedstock

Carbon dioxide is a potential alternative source of carbon for the chemicals industry. It is already used for example in the synthesis of urea (fertilizer), salicylic acid (Aspirin precursor) and methanol. The challenge to increasing the future use of CO2 as a chemical feedstock is largely one of developing catalysts to allow transformations to occur at or near room temperature and atmospheric pressure. We have been interested in the 100% atom economical reaction between epoxides and CO2 to form cyclic carbonates and have developed aluminium based catalysts which allow this reaction to occur at room temperature in batch reactions or at 100 oC using immobilised catalysts in a gas phase flow reactor. On-going work focuses on: 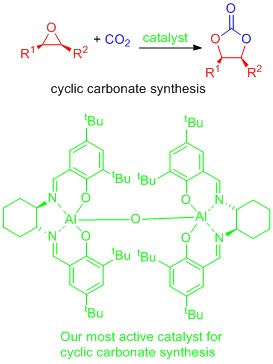 The cyclic carbonates prepared from epoxides and CO2 make excellent polar aprotic solvents and are green and sustainable replacements for traditional polar aprotic solvents such as DMF and DMSO. We have demonstrated that ethylene and propylene carbonate can be used as solvents for both metal and organocatalysed reactions. The organocatalysed reaction shown below is a particularly good example of a sustainable catalyst (a naturally occurring amino acid) being used as a catalyst for a 100% atom economical reaction in a sustainable solvent. On-going work focuses on: 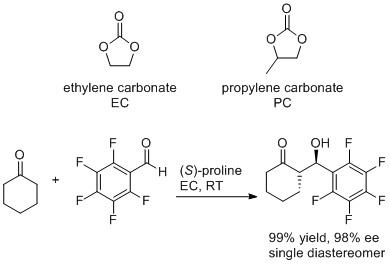 An asymmetric catalyst is one which can convert a prochiral substrate into a non-racemic, chiral product. Most asymmetric catalysts developed to date rely on the use of rare and precious metals such as rhodium, ruthenium or iridium. Chemical processes which rely on these catalysts are then subject to the vagaries of the metal trading markets and this can affect the commercial viability of such processes. A feature of our chemistry is the development of asymmetric catalysts based on high abundance base metals such as titanium, vanadium, copper and cobalt. The examples below illustrate what we have achieved with such catalysts. On-going work focuses on: 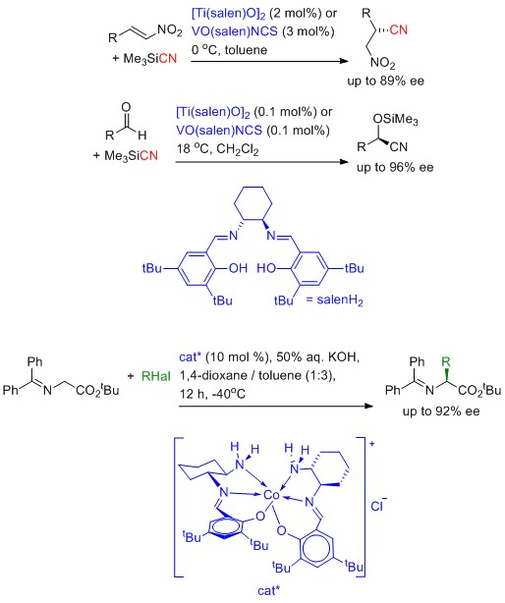 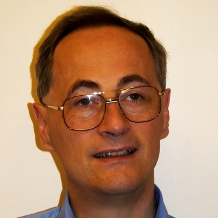