My research interests centre on the development of new nuclear magnetic resonance (NMR) and magnetic resonance imaging (MRI) methods with a particular focus on the use of hyperpolarisation and low-cost, portable instrumentation to open up new applications.

Nuclear magnetic resonance (NMR) is an invaluable tool for applications ranging from chemical analysis to clinical diagnosis. The power of NMR lies in the wealth of molecular-level information available but it is limited by low sensitivity.  This can be overcome by using strong magnetic fields, but high-field NMR instruments are large and expensive. There are many applications where it would be preferable to be able to use a lower-cost and more portable instrument but this is only feasible if the issue of low sensitivity can be overcome.

Hyperpolarisation methods increase the sensitivity of NMR by generating nuclear spin population differences that are orders of magnitude larger than what we get under normal circumstances. This leads directly to an increase in the observed NMR signal strength. In our work, we focus primarily on parahydrogen induced polarisation (PHIP). Parahydrogen (p-H2) is a special form of hydrogen gas that exists in a so-called pure nuclear singlet state. In itself p-H2 provides no NMR signal, but when it is involved in a chemical reaction p-H2 can generate NMR signals that are amplified by factors of up to tens of thousands. This effect does not depend on a strong magnetic field and so can be combined with low-field and low-cost detectors.

Researchers at York, led by Prof Simon Duckett, have recently developed a new approach to parahydrogen hyperpolarisation called signal amplification by reversible exchange (SABRE). SABRE is completely reversible so it can be applied multiple times to the same sample without changing the chemical identity of the target molecule. This transformative technique has led to the establishment of the Centre for Hyperpolarisation in Magnetic Resonance (CHyM) at the University of York.

The SABRE hyperpolarisation approach is attractive for use with low-cost and portable benchtop NMR spectrometers because the NMR signal enhancements that generated by SABRE are independent of the strength of the magnetic field inside the NMR spectrometer that is used for detection. Therefore signal increases by factors of >10,000 can be observed, even in weak detection fields. One of the main research areas in my group involves the integration of SABRE hyperpolarisation with benchtop NMR spectrometers, which typically have magnetic fields of 1 - 2 T, with a view to developing and optimising this technique for applications in industry and/or human health. This work is funded by the Engineering and Physical Sciences Research Council (EPSRC) and is a collaboration with Professor Simon Duckett at University of York and Dr Alison Nordon at the University of Strathclyde in Glasgow. 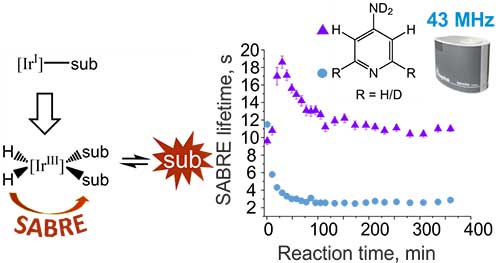 SABRE-enhanced benchtop NMR can be used for analytical applications such as reaction monitoring.

At the heart of the SABRE process is a transfer of NMR signal from p-H2 to the target molecule in a magnetic field that is more than 1000 times weaker than a typical NMR magnet. This magnetic field range is often referred to as the zero-to-ultra-low-field (ZULF) regime. In this project, we are interested in directly observing the generation of SABRE hyperpolarisation in situ (i.e. under the same experimental conditions as it is generated) in order to better understand and thus optimise this process. In addition, NMR detection in the ZULF regime opens the door to truly low-cost and portable NMR and MRI solutions in the future. This work is funded by the Engineering and Physical Sciences Research Council (EPSRC) through a New Investigator Award.

Hyperpolarisation allows 1H NMR to be performed on very small volumes of analyte in the Earth’s field (~50 µT), which is 200,000 times weaker than a standard NMR magnet.

Another research area in my group involves the development of a time-resolved NMR spectroscopy method using laser initiation and NMR detection with p-H2 hyperpolarisation. In contrast to conventional p-H2-enhanced experiments, where the chemical reaction involving p-H2 occurs asynchronously (randomly) and the reaction time is long (seconds) on the timescale of the coherent evolution of the NMR signals (µs – ms), here we initiate the reaction with p-H2 photochemically using a 10 ns laser pulse. This coherent initiation step allows us to observe the build-up of parahydrogen hyperpolarisation on a microsecond timescale. The goal of this work is to develop a robust time-resolved NMR tool for measuring reactivity on micro-to-millisecond timescales. More recently, we have begun to expand this work for detection using a benchtop NMR spectrometer.

This project is a collaboration with Professor Simon Duckett and Professor Robin Perutz.

Meghan joined the York Chemistry department in 2013 following periods of work and study at the University of New Brunswick in Canada, Victoria University of Wellington in New Zealand and the CNRS in Lyon, France. Meghan is a physical chemist and NMR spectroscopist who is interested in developing new NMR and MRI instruments and methods. Meghan’s research group focuses in particular on the development of portable, low-field NMR and MRI devices that can be used for applications outside of the traditional laboratory environment. Current research projects use parahydrogen-based hyperpolarisation methods to increase the sensitivity of low-field NMR in order to enable new applications. In addition to her research, Meghan teaches the fundamentals of magnetic resonance and a range of maths and physical chemistry topics at an undergraduate level. 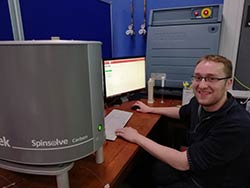 Alastair is a PhD student who is jointly supervised by Meghan Halse and Simon Duckett. Alastair started his PhD in 2018 and has previously worked in the group as a summer student in 2016 and as an MChem student in 2017-18. His PhD research is focused on the incorporation and optimisation of photochemical methods on a benchtop NMR spectrometer. By initiating reactions within the spectrometer, he hopes to perform time-resolved NMR experiments to investigate parahydrogen-based hyperpolarisation mechanisms in a range of transition metal complexes. To aid in this project, he will develop several novel NMR pulse sequences and simulations as to allow for the effective analysis of the chemical systems involved. 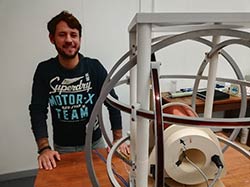 Matheus is a PhD student working under the supervision of Meghan Halse. Matheus joined the group in 2018 after completing an MChem at the University of Southampton. For his PhD project, Matheus is working on in situ NMR detection in low magnetic fields of parahydrogen derived hyperpolarisation. The project focused in particular on the build-up of 1H hyperpolarisation and the transfer to other nuclei in the uT – mT regime through the use of simulation and experiment. 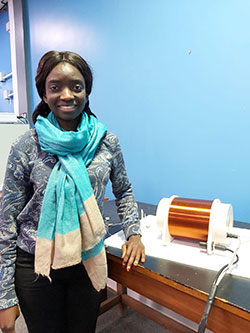 Aminata is a PhD student, jointly supervised by Simon Duckett and Meghan Halse. Aminata is working in York as part of the European Zero and Ultra-Low Fields (ZULF) NMR Innovative Training Network. Aminata completed her BSc (2012) and MSc (2014) at University Joseph Fourier in Grenoble France. Her studies included internships at the EPFL in Lausanne, Switzerland and at the CNRS in Grenoble, France. Aminata joined the group in York in 2018. Her PhD involves using the signal amplification by reversible exchange (SABRE) hyperpolarisation method with zero and ultra-low field NMR detection. 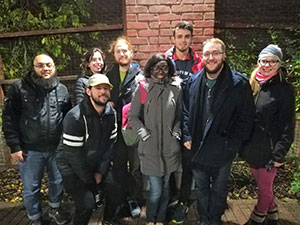 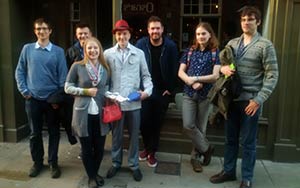 Olga successfully defended her PhD thesis in September 2019. Olga’s research concerned the development of low-field NMR instrumentation for industrial use. In particular she developed reaction monitoring methods using a benchtop (1 T) NMR spectrometer. She is currently working as an Analytical Chemist in the Drug Discovery Unit at the University of Dundee.

Peter worked in the group from 2015 to 2019 as a post-doctoral researcher working on a collaborative project led by Simon Duckett and Meghan Halse in York and Alison Nordon at the University of Strathclyde in Glasgow. Peter’s research interests lie in the synthesis and characterisation of materials and instrumentation development. His research in the group focused on the development of a low field (1T) NMR instrument to be used for process monitoring, control and optimisation, with the aim of achieving the sensitivity and specificity of a high field spectrometer via the use of parahydrogen hyperpolarisation. Peter is currently working as a post-doctoral researcher in the Clement Group at the University of California Santa Barbara.

Kieran did a 4th year MChem project in 2018-2019 working on the optimisation of RF pulses in Earth’s field NMR spectroscopy.

Robin started his PhD under the joint supervision of Meghan Halse and Simon Duckett in October 2015. He was unable to complete his studies due to ill health and sadly passed away in December 2017. His good humour and endless supply of trivia knowledge are very much missed in the group.

Ben did a 4th year MChem project in 2016-2017 that was co-supervised by Meghan Halse and Simon Duckett. He is now working towards a PhD under the supervision of Simon Duckett in the Centre for Hyperpolarisation in Magnetic Resonance (CHyM). 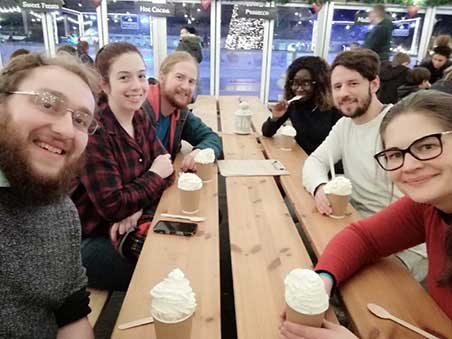 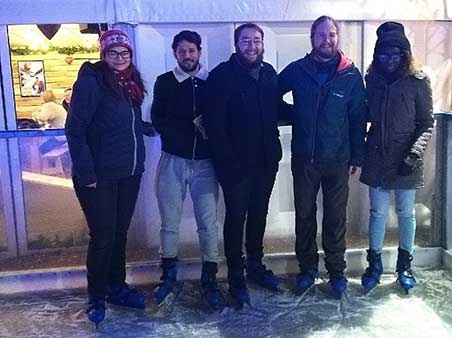 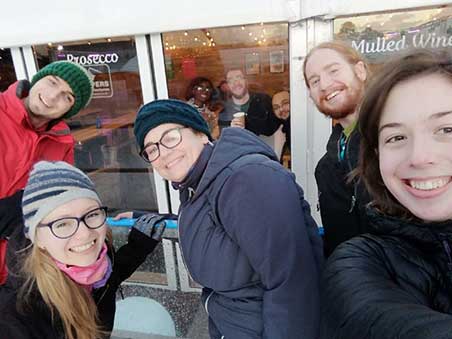 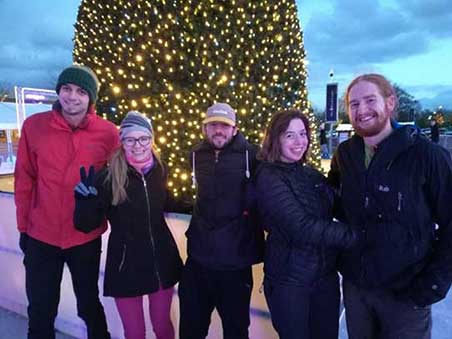 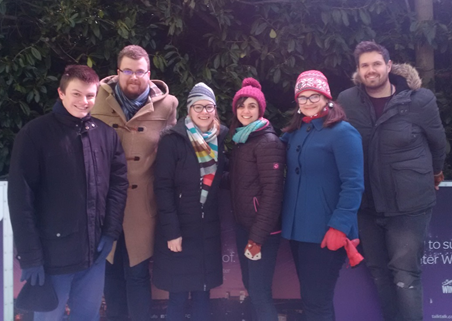 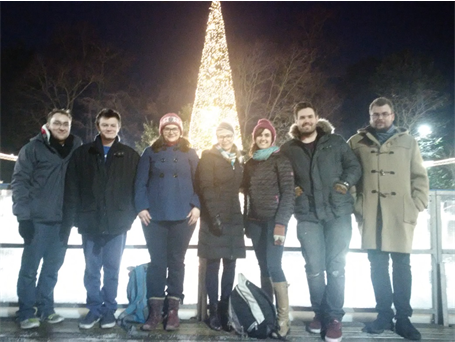 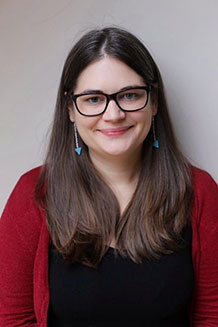