At present, the effects of atmospheric aerosols are the largest uncertainties in quantifying climate forcing due to man-made changes in the composition of the atmosphere. Aerosol particles can also have detrimental effects on human health, particularly people with respiratory illnesses and asthma. It has recently been established that significant amounts of particulate matter can be organic in nature, deriving from both primary and secondary sources. The oxidation of volatile organic compounds in the atmosphere leads to the formation of secondary organic aerosol. My research focuses on developing state of the art chromatographic and mass spectrometric techniques to study the composition of organic aerosols, a key method to understanding their formation and processing in the atmosphere.

The processes occurring during the formation and ageing of secondary organic aerosol (SOA) are currently very poorly understood. Recent evidence from smog chamber studies has shown that the photo-oxidation of gas-phase organic species may lead ultimately to the formation of macromolecules (oligomers and polymers up to 1000 Da) in aerosols. This is now proposed as being the key mechanism by which VOC are encorporated into the aerosol phase. Heterogeneous reactions, either on the surface or within the bulk of the aerosol particle, have been proposed as possible sites for reaction. Determining the reaction pathways of these “mass adding” reactions, where low molecular weight volatile gas-phase molecules are the monomer building blocks, is a fundamental step in understanding the formation and properties of SOA.

Smog chamber studies can be carried out to simulate the degradation of compounds and formation of organic aerosol in controlled atmospheres allowing a direct link between the emitted VOCs and their products in the aerosol phase. We use a dual stage approach to study the composition of SOA.

Approximately 90 % of the VOCs emitted globally come from biogenic sources, and ultimately form biogenic secondary organic aerosol (BSOA). Very little is known about the important chemical sources and composition of BSOA but high concentrations are expected in the tropics where emissions are greatest due to high sunlight and biogenic land cover. The aim of this research is to determine which of the species given off by trees and foliage are the most important for aerosol formation. In order to study these processes we combine chamber experiments and field experiments at a tropical rainforest site (such as Danum Valley Conservation Area in Borneo, shown below).

Sampling and Analysis of Atmospheric HULIS

Extraction of the organic fraction of atmospheric aerosols, has lead to the discovery of high molecular weight species, which are similar to terrestrial humic acids and are known as HULIS (Humic Like Substances). Studies have found that this complex organic material can have an effect of the light absorbing properties of particles, and hence their effect on radiative forcing. We are developing new methods to sample and extract atmospheric HULIS using collection of particles onto filter paper and collecting particles in a liquid (PILS).

Other research interests include developing high resolution techniques to improve the number of VOCs that can be identified in the atmosphere. VOCs can be used as tracers of radical species, such as the nitrate radical NO3, which is the main oxidising agent at night. My research uses both laboratory studies, such as smog chamber experiments, and field work to directly probe the atmosphere, including ground detachments and aircraft campaigns. 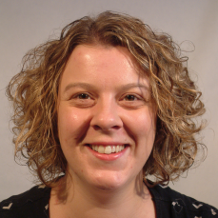