The research activities in my group cover a broad range of topics in geochemistry, environmental chemistry, pesticide analysis, microbiology and forensic chemistry.

A unifying theme in much of the research is the development and application of improved analytical methods to give improved limits of detection and certainty in identification. Much of the work involves mass spectrometry, particularly liquid chromatography – mass spectrometry (LC-MS) and tandem mass spectrometry. Examples of some of these activities are given below: 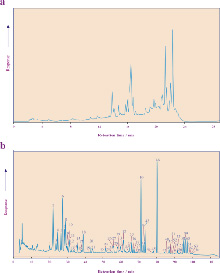 Analysis of transformation products of photosynthetic pigments in the natural environment requires the use of high performance liquid chromatography (a right). Development of an improved separation method (b right) reveals the true complexity of the distributions and is a pre-requisite for the analysis of the profiles present in sediments. 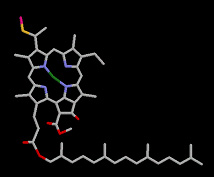 Many sediments contain transformation products of chlorophyll pigments that are sensitive indicators of the nature of past environments. We have identified many novel sedimentary products from chlorophyll oxidation and from bacteriochlorophylls.

A novel series of sulfur-linked derivatives of chlorophyll (left) attest to the operation a diagenetic reaction with sulfur species and provide clear evidence that sulfur incorporation occurs at the earliest stages in the transformation pathways that affect organic compounds in nature (Squier et al., 2003, 2004). 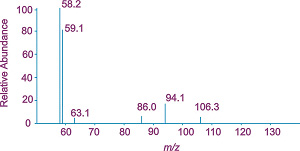 Optimisation of the conditions for obtaining tandem mass spectra using an ion-trap instrument has enabled us to obtain highly reproducible tandem mass spectra for a wide range of analytes including quaternary ammonium pesticides (MS2 from m/z 122, right; Evans et al., 2000), organophosphorus pesticides and their metabolites (Goodwin et al., 2003, 2004) explosives (Evans et al., 2002, 2001) and drugs and drug-related species (Wickens et al., 2006). The use of the ion-trap has also allowed detailed characterisation of the fragmentation pathways of these and other organic compounds. mass spectrum of pesticide

Detection of Steroid Hormones in Cattle

The use of steroid hormones to fatten cattle is not permitted under EU legislation. Such malpractice can be detected by screening body fluids, e.g. urine, and feed for the presence of trace levels of the hormones. As part of a collaborative project (with CSL) we have been determining the multistage mass spectral behaviour (MSn) of a number of steroid hormones and their derivatives in order to facilitate their structural identification and confirmation. In order to confirm structures at the lowest levels possible we have been converting the steroids to their hydrazone derivatives. These give improved response as well as characteristic losses during tandem MS analysis (Kirk, Tarbin and Keely, 2006). 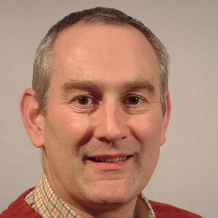