As an Emeritus Professor, my current activities in the Department are principally via our spin-off company Paraytec Limited. Our most recent research in analytical science, carried out in partnership with Experimental Officer Dr Ed Bergström, has been focused on development and applications of novel miniature UV area imaging detectors based on active pixel sensor (APS) technology. Much of our work has exploited synergy with electronics engineers, biologists and major pharmaceutical and biopharmaceutical companies. APS devices are effectively cameras on chips, and our innovations allow them to be used in applications including

Oxidation of glutathione (GSH) by hydrogen peroxide. Note change in velocity of the analyte band on conversion of GSH to GSSG in travelling through the H2O2 zone. This is seen by the change in angle of the vector tracking for each peak the pixel number versus snapshot number. This work was carried out in collaboration with Maria Kulp, Tallinn University of Technology, Estonia.

In work carried out by graduate student Pawel Urban, parallel studies of enzyme reactions and separations using nanolitre volumes are carried out in six capillaries. A manifold is used to link to a commercial CE apparatus and a single output capillary. In the pixel map of the image on the active pixel sensor detector (ActiPix D100, Paraytec Ltd), blue corresponds to light travelling through the sample in each capillary and yellow to light used to provide the signal reference. 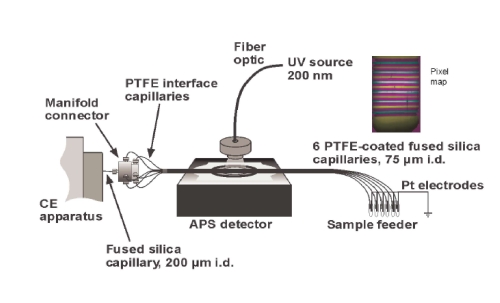 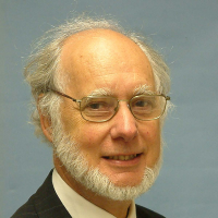