Bill was awarded a John Goldman Fellowship by Leukaemia U.K. in 2022 and a Children's Cancer and Leukaemia Group project grant to start his independent research programme at the University of York, working on protein homeostasis (so called "Proteostasis") in normal and malignant stem cells of the haematopoietic system.

During his time in London, Bill founded the London Stem Cell Network and maintains strong links with scientists across stem cell systems. Bill has been a Royal Society Westminster Fellow and worked with the Brilliant Club since 2012 to bring scientists closer to politicians, general public and most importantly primary and secondary education. 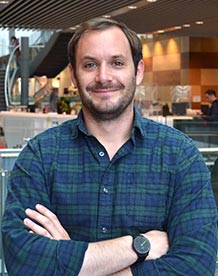