How does a cell express only one gene out of a large gene family?

I am fascinated by this very fundamental question in Biology.

Why is this important?

It underpins our very own sense of smell or the specificity of our immune response.

Strikingly, this is also exploited by a number of pathogens to undergo antigenic variation, one of the most sophisticated virulence mechanisms. Some of the deadliest parasites, such as African trypanosomes and malaria parasites, are able to systematically alter the identity of proteins displayed to the host immune system. There are two key aspects for successful antigenic variation: 1) the mutually exclusive expression of one antigen isoform from myriad possibilities and 2) the periodic switching of expression of one antigen isoform to another.

Notably, antigenic variation greatly challenges vaccine development against these organisms, which are responsible for high mortality and morbidity as well as a great economic burden among the world's poorest populations.

African trypanosomes cause sleeping sickness and nagana in humans and cattle, respectively. They switch their VSG coat in order to escape the host immune response. Waves of parasitaemia can therefore be observed during infections, which last from months to years.

African trypanosomes are masters of disguise. They express their variant surface glycoprotein (VSG) in a monogenic fashion from 2,500 possible genes. Strikingly, high transcription level by RNA-polymerase-I and several mechanisms of post-transcriptional regulation ensure that the active VSG gene produces the most abundant protein in the cell (10% of total protein; 10 million molecules on the surface alone).

So, why trypanosomes? This is extreme biology at its finest! Such high levels of VSG expression render trypanosomes a highly amenable system to study fundamental mechanisms by which cells selectively activate genes and enhance their expression.

And why now? Recently, key components of this machinery have been identified, presenting an unprecedented opportunity to further dissect this complex process. Moreover, recent developments on imaging and sequencing techniques now allow us to address biological questions that were previously incredibly hard to tackle.

Despite the vast genetic repertoire, only one VSG gene is expressed at a time.

What do I study and how?

I investigate mechanisms underpinning VSG monogenic expression in African trypanosomes. Specifically, one of my main interests is the functional and structural dissection of recently identified factors as well as the identification of novel regulatory components.

I am also interested in fundamental mechanisms responsible for selective activation / inactivation of genes and enhancement of gene expression in trypanosomes and related organisms, such as Leishmania parasites.

In this context, I am particularly passionate about nuclear bodies, protein condensates and a role for liquid-liquid phase separation in shaping nuclear organisation and gene expression.

I use a broad range of techniques, including precision gene editing, next generation sequencing, proximity labelling combined with mass spectrometry and advanced imaging techniques. To tackle these important and complex questions, crossing disciplines is vital. Therefore, I collaborate with colleagues at the University of York in the Physics and Chemistry Departments, but also in other parts of the UK and the USA. 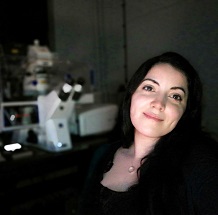