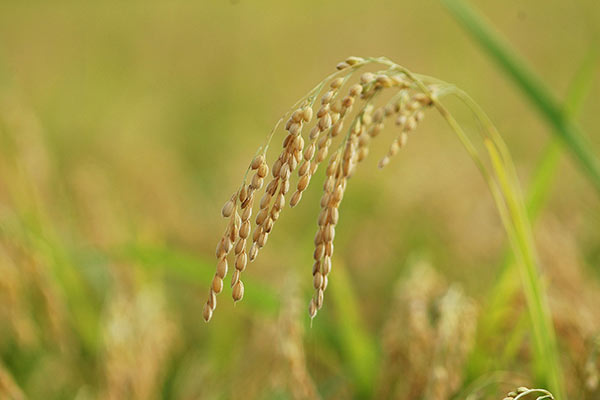 Researchers have developed commercial varieties of rice carrying different segments of DNA from wild ancestors, and are testing how they perform in real agricultural conditions in the field in India to identify the most drought resistant varieties.

Rice is the staple food for more than two billion people, but a quarter of global rice production relies on rainfall rather than irrigation, so is vulnerable to the increased frequency of droughts and flooding predicted under climate change. There is an urgent need to develop rice strains that are both drought and submersion tolerant but current commercial strains have limited genetic diversity from which to generate increased environmental resilience.

By the end of the project the international SCPRID Resilient Rice research team aimed to produce improved varieties of rice that maintain their yield in environmentally challenging conditions such as drought or floods, and to have these new varieties accepted and adopted by local communities in rain-fed areas of India. They also aimed to produce new breeding tools and associated training of India based staff and students to enable rapid further development of new rice varieties by Indian researchers. The vision was for the benefits of the research to reach those people who need them and not only lead to improved food security for poorer subsistence farmers in India, but also help lift them out of poverty.

The team achieved the following impacts:

This work was funded by the Biotechnology and Biological Sciences Research Council, the Department for International Development and (through a grant to BBSRC) the Bill and Melinda Gates Foundation, under the Sustainable Crop Production Research for International Development (SCPRID) programme, a joint initiative with the Indian Council of Agricultural Research and the Department of Biotechnology of the Government of India's Ministry of Science and Technology.

The team included scientists in the Centre for Novel Agricultural Products (CNAP) and in the York Environmental Sustainability Institute (YESI), both based at the University of York, as well as overseas collaborators.