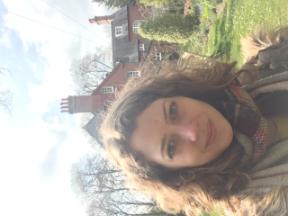 The People No-One Imagines Anything Of:' Teenage Responses to British Period Drama

My thesis brings together the study of film and television period drama and audience research, looking at how teenagers from across England respond to recent examples of British period drama. The original audience research produced a wealth of primary data, including surveys and interviews, drawn from close to 100 participants.
The main chapters consider the key themes that emerge from this data, including responses to the representation of women and minority groups in period drama; the complex ways in which audiences engage with characters and the values they represent; debates around the relationship between period drama and ‘real history’; and young people’s reactions to period dramas they perceive as more authentic or truthful.
The information gathered paints a portrait of 16-19 year olds in England in 2017/18, shedding light on their engagement with media, their consumption of historical sources and their lifestyle and attitudes more generally.

Having previously gained a BA in English and an MA in Victorian Studies, I spent several years working as a teacher of English in a Further Education college. During this time I studied for my second BA in Film and Media, and this led me to pursue a PhD in this discipline. I focus primarily on the period drama genre, and the ways in which we use contemporary representations of the past to enhance our understanding of history.
My PhD study utilises audience research methodologies, and alongside this I have also published on the subject of adaptation from literature to film, the representation of war on film, and the ways in which we conceptualise the period drama genre more generally.
Whilst studying at York I have continued my teaching work by undertaking GTA work on the Cinema:History and Analysis module.

I was co-organiser of Across the Live / Mediatised Divide: A Cross-Disciplinary Audience Research Conference.

I have also presented the following conference papers:

‘Harry Potter and the Hidden Heritage Film: Genre Hybridity and the Power of the Past in the Harry Potter Film Cycle’, The Journal of British Cinema and Television, Vol. 13, issue 3, 2016.

‘Auteurs and Authenticity: Adapting the Brontës in the Twenty-First Century’, The Journal of British Cinema and Television, Vol. 11, issue 1, 2014.